Directors and drivers in Mazda Team Joest are positive that the progress and reliability the relatively new squad showed in the Roar Before the 24 test suggests they can land a strong result this weekend at Daytona. 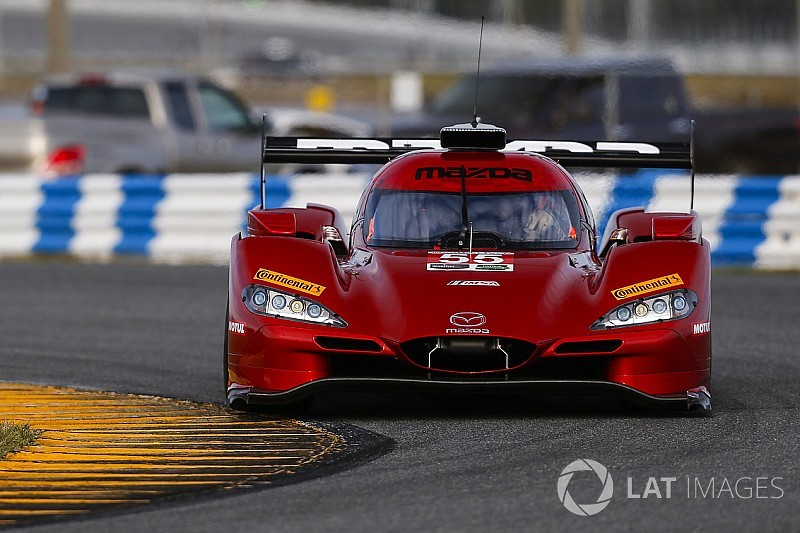 Mazda, which has won its class at Daytona 23 times, pulled out of the 2017 IMSA WeatherTech SportsCar championship three races early, in order to have its RT24-Ps re-engineered by new partner, Joest Racing, for 2018. The Rolex 24 Hours at Daytona marks the first race since their collaboration.

John Doonan, director of Mazda Motorsports NA, said: “Mazda Team Joest represents a complete rethink of our Prototype program. As a result, the expectations of success are very high, and there is a singular focus among everyone that we are here to do one thing and one thing only.

“It all starts with execution. If we have everything prepared – which I know we do – before we pull into the garage at Daytona, we can execute our plan without having to spend a lot of time worrying about what everyone else does. If making it to the end of the 24 Hours puts us on the podium, that’s a great way to kick off Mazda Team Joest.”

Ralf Juettner, managing director of the team, stated: “We hope to get into a good rhythm during the race, and be around the leading group until the end of the 24 hours – and hopefully, we are in a good position to fight in the final hours. Our driver lineups are strong and come with a lot of endurance racing experience and together with the team’s experience, this should give us the chance to take the fight to the obviously very strong competitors.”

The #55 Mazda of Jonathan Bomarito, Harry Tincknell and endurance “third man”, IndyCar rising star Spencer Pigot, has prequalified eighth fastest, and all three were optimistic of a strong showing this weekend.

Bomarito pointed out that both cars “ran perfectly in the final session,” and that the team pitstop drill is slick, while Tincknell said: “Even in the final session we made improvements in our setup. We are confident we can have a good clean race, running near the front and having no problems as well. As we all know in endurance racing reliability is huge so we are fantastic on that side.”

Pigot, meanwhile, said: “It’s definitely been nice to see the improvements we’ve made in the team on lots of different fronts from last season.”

The #77 Mazda will be piloted fulltime by Tristan Nunez and Olivier Jarvis and they will be joined by Rene Rast at Daytona.

Jarvis, a three-time Le Mans podium finisher in Joest’s Audi R18s and LMP2-class winner at Le Mans last year with Jackie Chan DC Racing, commented: “This is probably the most competitive field I’ve ever seen at Daytona. This year if you want to win it, you have to get everything right.

“Everyone on the team is working well together, and if we can keep that going for the race we’ll be in a real good position.”

Rast, a class winner at Daytona in 2012, and the reigning DTM champion said: “Mazda Team Joest is still a very new team, but every day that we have worked together has brought us forward. The RT-24P is already much quicker compared to last year. We made big improvements over the winter, and at the Roar, our number one goal was to find a good setup for all conditions – daylight and night, and I think we managed that quite well.”