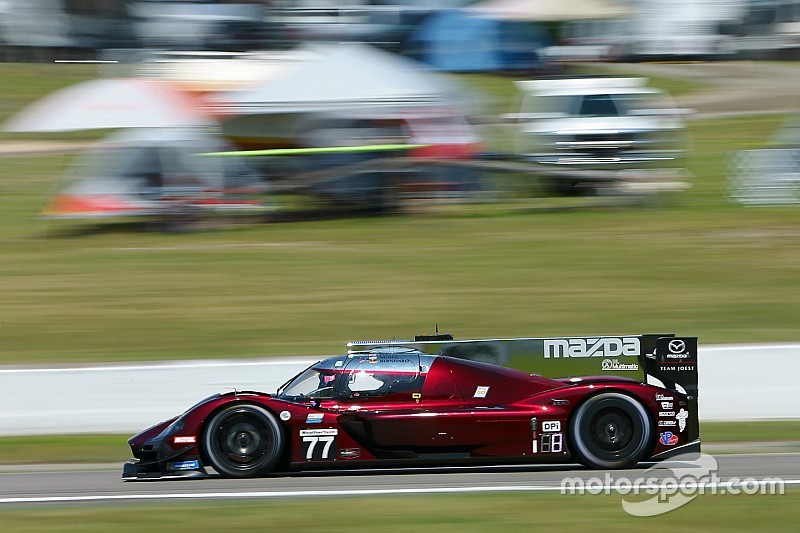 Mazda's recent run of success in the IMSA WeatherTech SportsCar Championship has been "a long time coming" according to Oliver Jarvis, who along with Tristan Nunez took victory in last weekend's Canadian Tire Motorsport Park race.

Along with Timo Bernhard, Jarvis and Nunez finished second behind the sister #55 Mazda RT24-P of Harry Tincknell, Jonathan Bomarito and Olivier Pla at Watkins Glen as the Team Joest-run squad finally secured its first victory in IMSA Prototype competition.

One week later at CTMP, it was the turn of the #77 crew to lead a Mazda one-two, with the order determined by a slow pitstop for the sister #55 car which had been leading by 12 seconds.

Prior to the Watkins Glen race, Jarvis had predicted the RT24-P's first win was just around the corner after a tough start to the 2019 campaign, and the Briton described his squad's back-to-back wins as "amazing".

“This was a monster team effort," said Jarvis. "Forget which car won – this is two one-twos for Mazda. Results like this have been a long time coming.

"It’s the culmination of so many hours back in the workshop by the Mazda Team Joest boys and girls, by Multimatic and AER, to finally achieve our goal. To repeat it the next weekend is amazing – we’re going to enjoy this. There’s still a long way to go in the championship and we want more wins.

"The Penskes [Acura ARX-05s] put up a heck of a fight and it was a fascinating battle, given the different strategies. We had great pace today and a fantastic Mazda RT24-P.

"I’m not sure how it would have played out without the safety cars, but it was definitely down to the Penske cars and our sister car. They were amazing all weekend, but this is a victory we’ll celebrate as a team.”

Nunez, a factory Mazda driver in IMSA since 2014, was keen to emphasise race engineer Leena Gade's role in the #77 crew's success.

“It doesn’t get much better than this," said Nunez. "I got to witness Mazda’s first win in the Prototype class, and now to have one myself with Olly is a dream come true. It’s something I’ve been looking forward to my whole career.

"We ran a good strategy today and there was some aggressive racing, but we tried to not too any damage and keep the car clean. Leena Gade was on the radio running our strategy and engineering the car, and she did an amazing job. It’s an honor to work with her.

"This result shows the hard work and dedication that everyone on this project has put it, and it’s all falling into place now.” 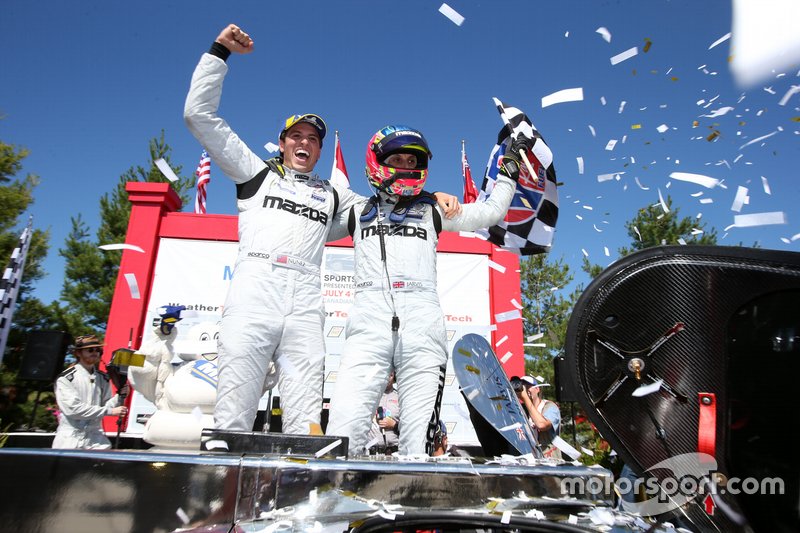