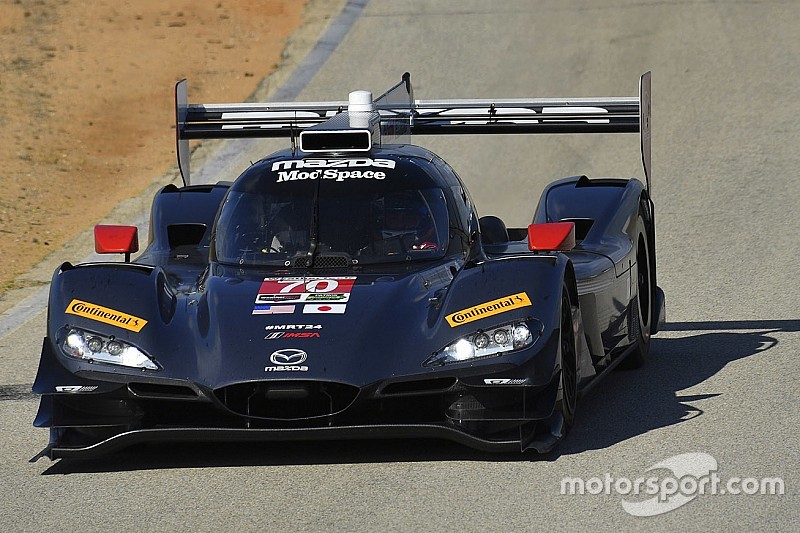 2014 Sebring 12hr winner Marino Franchitti says that returning to the site of his two biggest wins is like returning home, and he wants to return full-time to the American sportscar scene.

Franchitti will be the “third man” in Mazda’s #70 RT24-P for the Sebring 12 Hours, alongside Joel Miller and Tom Long, in the second round of the IMSA WeatherTech SportsCar Championship. It’s the spot that was filled by James Hinchcliffe in the Rolex 24 Hours at Daytona last month.

“It feels like coming home,” Marino Franchitti said during his first test in the Mazda. “Although I’m a European driver, I’m an American racer. I spent so many years racing over here, that to be away from it felt very strange and to be back feels really, really nice. It’s great to see so many old friends and it’s just nice to be back on track here at Sebring.

“It’s always been a special place for me. We’ve had some good results over the years, so it’s nice to come back. It’s such a challenging track.”

Franchitti, who also won the P2 class at Sebring with Level 5 Motorsports in 2013, added: “I’m definitely keen to be back here racing in America full-time. I don’t think that’s going to happen this year, but definitely something I’m looking to do.”

Commenting on the revisions to the WeatherTech Championship’s regulations, and the DPi class in which Mazda’s RT24-P competes, he said: “Obviously, since the last time I competed in the series, the classes have evolved… and we now have one top combined class with the DPis.

“They’re just as good as they look. When you’re working with a new car as we are here at Mazda, it’s really cool to get out there and to explore it. The car has not done a massive amount of testing, although it raced at Daytona. Testing and development is something I love doing. It’s just been a lot of fun.”