Kevin Magnussen says he gets more satisfaction from driving an IMSA Prototype than a Formula 1 car – especially now he’s able to contend for victories.

Magnussen started 119 Grands Prix across his seven seasons in Formula 1 with McLaren, Renault and Haas, and scored 158 points. But as his options ran out after Haas elected to drop both he and teammate Romain Grosjean at the end of last season, Magnussen signed a deal to race a Cadillac DPi-V.R as Chip Ganassi Racing re-entered the IMSA WeatherTech SportsCar Championship.

Now the 28-year-old Dane says how much he appreciates his new environment, deriving a lot of satisfaction from piloting the 5.5-liter V8 prototype, even though the cars are lower tech than what he was used to.

“I’m really enjoying the Cadillac,” Magnussen said. “I feel like I’m getting back to the things that got me excited about being a race driver in the first place. This might sound odd, but the car is not easy to drive and that’s good!

“Formula 1 cars are fantastic, obviously the fastest cars in the world, and I’m very thankful I achieved my dream of racing in Formula 1. But the cars are actually easy to drive. If you put any good race driver in a Formula 1 car, they would say the same thing. The electronic systems control most of the car’s performance. With the Cadillac there is much more that you control as the driver.

“And the sound! The Formula 1 engines sound kind of ‘blah’ these days. Hearing the engine behind you in the Cadillac, you know you’re in a racecar.”

He admits that being able to contend for victories, after witnessing first-hand the Mercedes-Benz AMG F1-dominated era of Formula 1, has also colored his view. Ganassi has scored six Rolex 24 Hours wins outright, two more in the GT Le Mans class, and has amassed five overall championships.

“I was impressed by the professionalism of the [Ganassi] organization when I visited the shop in Indianapolis,” says Magnussen. “They clearly have a commitment to winning. Of course, every team wants to win. But in speaking with Mike and Chip, it’s obvious they only race to win. They’re not satisfied with second place or just being on the podium.

“When I started racing and through the early parts of my career, I did it to win. That’s why I wanted to race and also how you progress in your career: by winning races. [But] in Formula 1, unless you are with the top team or maybe the second team, you have no chance of winning. Your goal is to finish in the top 10 and earn points.”

Magnussen says he has enjoyed the interaction with his fulltime teammate Renger van der Zande – who has won the last two Rolex 24s and two of the last three Petit Le Mans races in a Wayne Taylor-run Cadillac – and their Michelin Endurance Cup partner, IndyCar legend Scott Dixon.

“In Formula 1, your biggest opponent is your teammate,” he says. “The best way to advance to one of the top teams is to beat your teammate, so you do not want to help him in case by helping him you will hurt your career.

“This is different. I’m really enjoying working with Renger and Scott. If you have questions or if they see something that can make you better, make you faster, they will do their best to help you. The same goes for me. It’s a real team effort.” 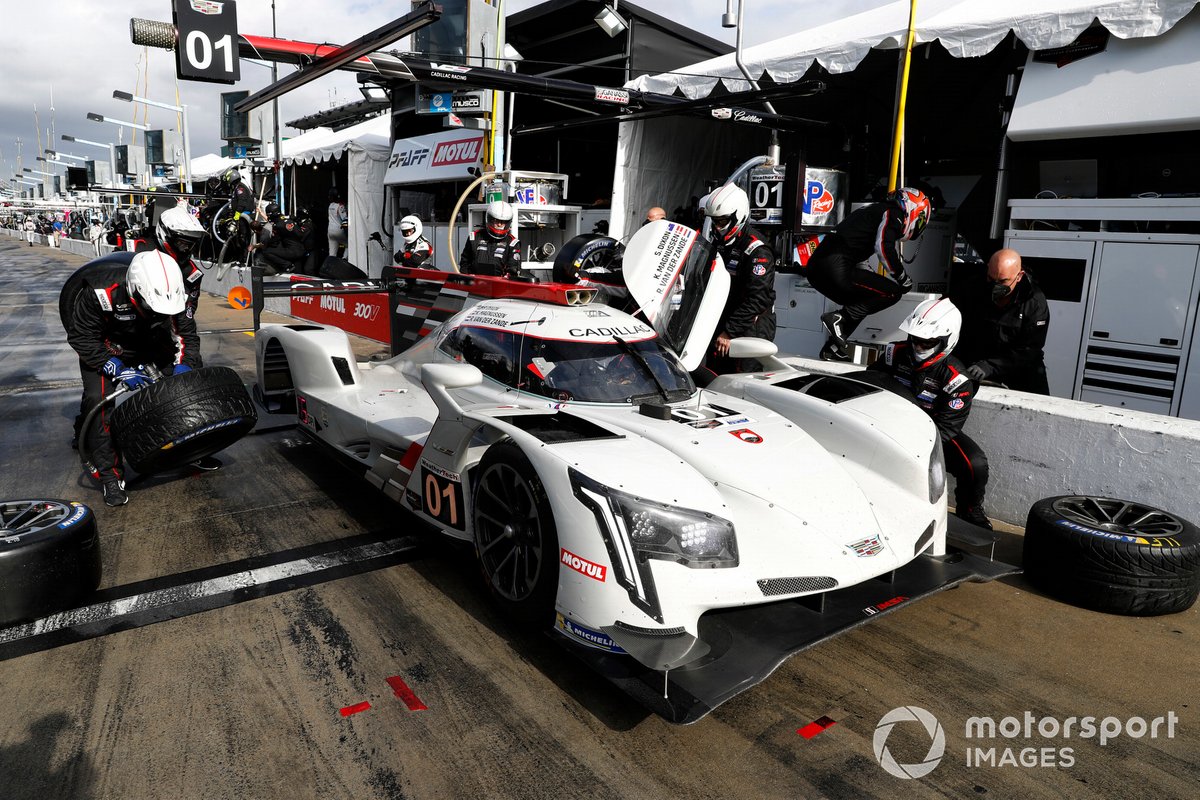