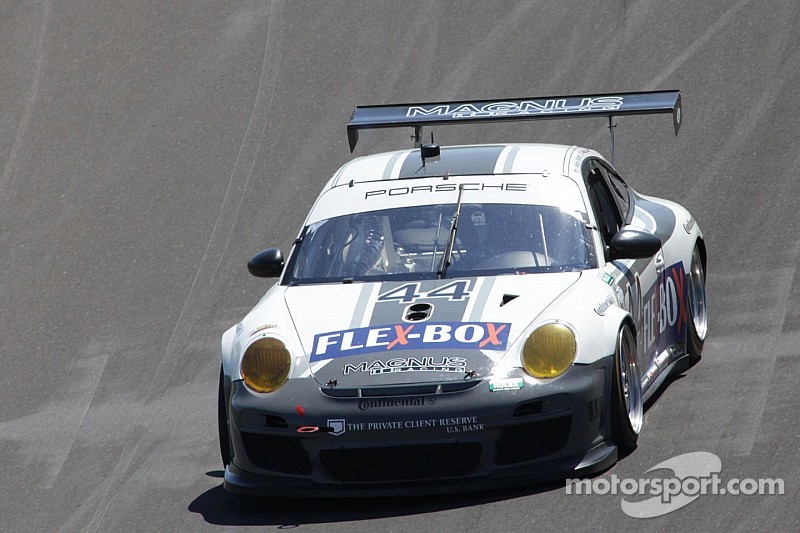 Magnus Racing gives a recap of last weekend's race the only way they know how.

“Since we were so close to Toronto, we wanted to race in a way the Toronto fans were familiar,” stated Magnus Racing team owner and co-driver John Potter. “If we scored podiums all the time, people would know what to expect so we wanted to have more erratic results for the folks out there. Much like mayor Rob Ford we want to be unpredictable, but also refuse to quit. When we looked at turn one, we also thought it would be fitting to cut over the white line in tribute.”

While Mayor Ford, most noted for his alcoholic benders and even being caught on camera smoking crack cocaine, was not physically present to enjoy his tribute, his spirit was certainly there. Much like previous invited guests such as Lindsay Lohan and Mike “The Situation” Sorrentino, Ford has been out of public eye recently due to “exhaustion.”

For Magnus Racing, the team was optimistic heading into the legendary Canadian Tire Motorsports Park, a scenic circuit located an hour east of Toronto. Since IMSA officials had not stripped Porsche of any more power, unlike the Toronto City Council with Mayor Ford, the team was hoping the circuit could present another strong finish in the team’s pursuit of the series’ GTD title.

Starting in 12th, John Potter, who had never visited the circuit before, knew that the tricky nature of the 2.46-mile circuit with high speeds and sweeping elevation changes would be daunting when the green flag fell. Combined with an earlier rain shower that would change track conditions, Potter could instantly tell the car, much like Mayor Ford, was a little off from what he’d expected, and in such focused on simply preserving his car throughout the stint. Hoping for a caution period that never came, the Salt Lake City resident would pit just past the one-hour mark, handing to teammate Andy Lally just in sight of the top-10.

Unfortunately, the team simply never held the pace to match the top contenders, and while Lally would do all he could, a complete lack of caution flags would result in crossing the checkered flag in ninth.

For Lally, few words could be said on the event.

The team still remains in the championship hunt, however, holding on to second in both the team and driver’s championships having actually gained on the leading 555 Ferrari.

With only a few days between until the next event, Magnus Racing and the entire TUDOR United SportsCar Championship will return in just over one weeks’ time, racing at the historic Indianapolis Motors Speedway on Friday, July 25. Coverage of The Brickyard Grand Prix will be featured on Fox Sports 1 at 7PM EDT.