Magnus Racing back with Porsche program for 2015 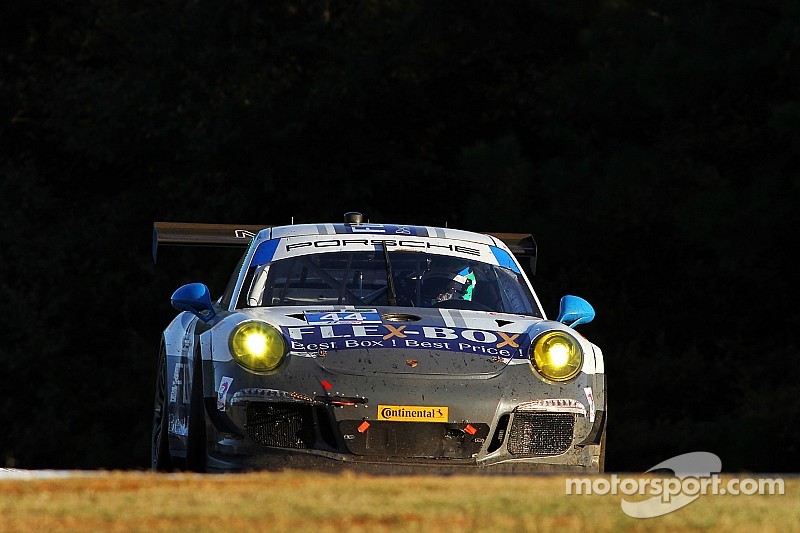 Will field a Porsche 911 GT America in the TUDOR Championship.

Magnus Racing will continue its full-season participation in the TUDOR United SportsCar Championship, once again returning to the GT Daytona (GTD) category in a Porsche 911 GT America.

“We know it’s going to shock everyone, but we’re going to run the exact same program,” stated Magnus Racing team owner and co-driver John Potter. “We’re actually very excited about it. Everyone at IMSA and the TUDOR United SportsCar Championship has hopefully learned a lot from their debut season, and that will only help the coming year. This will be the final year of our category in its current form and we’re excited to see it out with Porsche and the GT America, which was developed specifically for this platform. Ever since Magnus was formed in 2010, it has been an exclusively Porsche team, and we’re proud of that affiliation.”

Following a 2014 season in which the team took victory at the Mobil 1 Twelve Hours of Sebring, the lone GTD win for a Porsche entry, Magnus enjoyed a very successful year that saw five podiums in eleven races en route to fifth place in both Team and Driver’s Championships.

An exclusively Porsche team since their debut at Daytona in 2010, Magnus and Porsche have seen a number of accolades together, including victories at Daytona and Sebring, the inaugural Brickyard Grand Prix, and taking the first-ever North American Endurance Championship in 2012.

'Never give up' attitude

“Magnus Racing has been a prominent Porsche Motorsport customer team for the past five years and has a long list of race wins and championships in both IMSA and GRAND-AM. Perhaps their greatest accomplishment, however, is their successful GT Daytona season this year when their class win at Sebring and four additional podium finishes were instrumental in helping Porsche earn the class manufacturer’s title. This team, with car owner John Potter and GT veteran Andy Lally, has become known for its ‘never give up’ attitude, often moving up multiple places during the race for a win or podium finish. We are honored that they have chosen to continue racing with our Porsche family,” said Jens Walther, president and CEO of Porsche Motorsport North America.

Included in the program will be the return of Andy Lally to the driver pairing. Lally, who joined the team in 2012, currently holds four different Rolex 24 class victories along with three different titles in the former GRAND-AM series.

The 2014 season proved a success for the Georgia resident, taking not only his first victory at Sebring, but also adding more victories to his tally in the Continental Tire SportsCar Challenge, as well as earning a top-10 finish in his lone NASCAR race of the season at Road America. Playing a role in all of Magnus Racing’s victories, Lally will continue a lead role in the team.

“It’s such an honor to continue with Magnus Racing,” stated Lally. “I’m extremely fortunate to have had the career I’ve had, and entering a fourth year with the team will only better our chances. The chemistry and dynamic within our group is unlike any other, and they prove that week in and week out. It’s going to be a tough season ahead of us, but I’m confident we can compete and we’re all hungry for a championship.”

With Potter and Lally confirmed for the season, the team’s additional driver lineups for the endurance rounds has yet to be confirmed and announcements are planned closer to the events.

While the series has enjoyed over six weeks of “off time” since the last round at Petit Le Mans, Magnus is still hard at work preparing for the upcoming season. There will be continued announcements over the coming weeks as the team locks down further details.