MacNeil and Keen to drive WeatherTech Racing Porsche in 2014 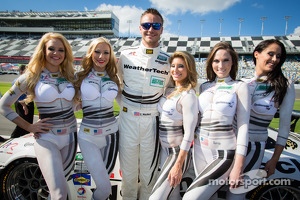 "I'm really excited to be driving with Leh again," MacNeil said. "We get along really well and he's a damn good driver. He helped me win my first championship in 2012 and we will try our best to do the same in 2014. At the same time, I'm upset to see Jeroen become my competition, because I really liked him driving with me, not against me. But I wish him the best with Viper. I'm excited to race in GTD because it will bring me back to my SCCA days. I have gotten used to the spec class in the Porsche, but cannot wait to see how it goes up against all of the other makes. I'm really excited to drive the new car and can't wait to get the season started at the November test."

Keen, the 2009 Rolex Series GT Driver Champion, is happy to back with the team and has his goals set high for 2014.

"I couldn't be happier to finally be doing a full season with AJR," Keen said. "This will be my fifth year in a row racing with the team in one way or another. It all started with a win at Sebring in 2010. Along the way, we added to that win with a few more and a team and driver's championship with Cooper in 2012. I really have to thank WeatherTech and Alex for bringing me on board for the full season. My history with Alex shows how strong our relationship is and he runs the best program out there. Next year will be extremely competitive, but with a car like the new 991, a team like Alex Job Racing and with Cooper as my co-driver we have won championships in the past and will be going for the first GTD championship ever. The main goal is to win championships, but it all starts with the 24 Hour At Daytona. Alex will be looking to go two in a row. The 997 was an amazing platform that I have raced for almost 10 years. Porsche evolves the 911 so beautifully and the 991 is no exception. With a longer wheel base and paddle shifts along with more downforce the 991 GT America is looking like the car to beat. As always, if you are in a Porsche, you know you have a chance to win. I cannot wait to get in the new chassis and see how it feels."

Alex Job, team owner, has a proven driver package in the No. 22 WeatherTech Porsche. 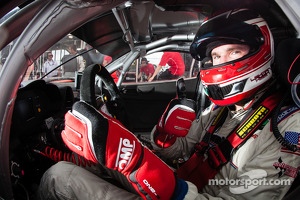 "You can say we have the band back together," Job said. "Cooper and Leh have a winning history as a driver pairing and we hope to expand on that record in 2014. They are very comfortable with each other and the team and that will be a big advantage with a new car in a new series with increased competition in the inaugural GTD Class."

The new TUDOR United SportsCar Championship will take to the track for the first event the Rolex 24 Hour at Daytona, Jan. 25-26, 2014.