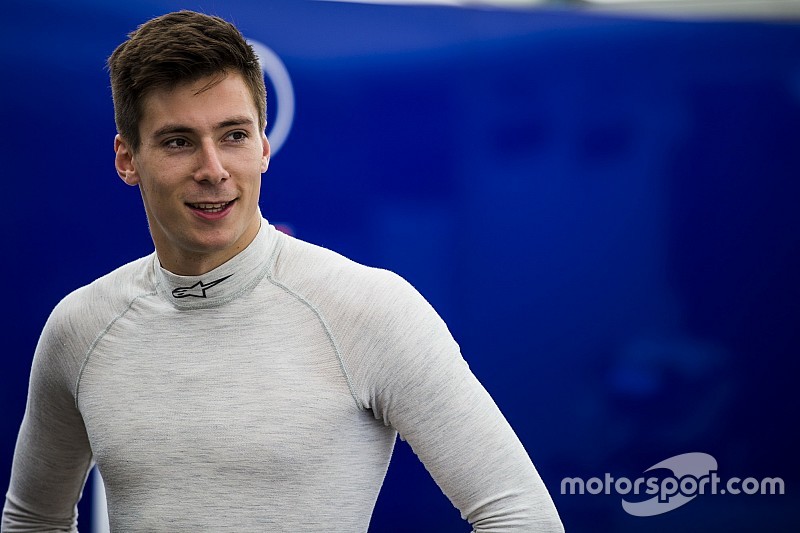 Lynn will join IMSA full-timers Ricky Taylor and Jordan Taylor behind the wheel of WTR's Cadillac DPi-V.R machine for the 12 Hours of Sebring and the Petit Le Mans at Road Atlanta.

“I am delighted to be making my IMSA debut with the Konica Minolta Cadillac DPi-V.R team – the racing team and carmaker who both have such an incredible heritage and passionate desire to win,” said Lynn.

“I look forward to learning a lot from the entire team and playing my part in building on the fantastic recent result at Daytona. I fully expect us to be fighting for wins at Sebring and Road Atlanta.”

A former GP3 champion and five-time GP2 race winner, Lynn featured as part of the Red Bull junior scheme in 2014 and has served as Williams F1 development driver in the two years since.

While he continues to be involved in single-seaters, having taken on a reserve driver role with Formula E squad Virgin, Lynn has also been making forays into sportscar racing, most notably with a three-race stint in WEC's LMP2 class with Manor last year.

The Briton has recently been confirmed as part of BMW's Nurburgring 24 Hours line-up and will now also contest two of the three North American Endurance Cup races remaining in the IMSA season.

The 12 Hours of Sebring will take place on March 18, while the 10-hour Petit Le Mans, which closes out the IMSA season, is scheduled for October 7.

Lynn will take up the role previously occupied by Max Angelelli, who retired in the aftermath of the 2017 Rolex 24 at Daytona.

“We welcome Alex to the Konica Minolta Cadillac DPi-V.R team with hopes of picking up where we left off at Daytona,” said team boss Wayne Taylor.

“Alex is a very polished, young competitor who is cut from the same mold as Ricky and Jordan and Max in his ability to fight his way to the front and to stay there in seemingly any kind of racecar.

“He will be an ideal representative of this team, for Konica Minolta, for Cadillac, for all our partners.”

Jan Magnussen: No Rolex for Corvette this time at Daytona