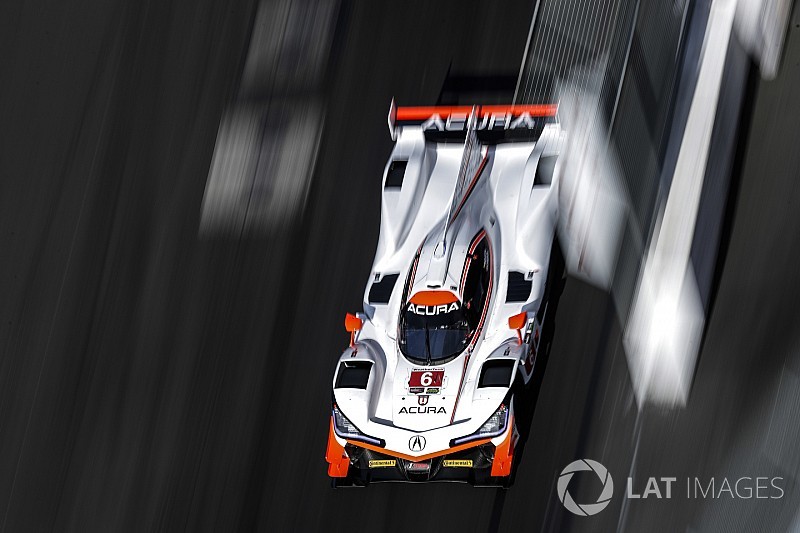 Juan Pablo Montoya, who scored his first ever Indy car win at Long Beach 19 years ago, has now claimed a pole position at the hallowed venue, his Acura ARX-05 beating the best Cadillac by just under 0.2secs.

Harry Tincknell’s Joest-run Mazda RT24-P was third, around a quarter second off top spot, with Helio Castroneves fourth in the second Acura.

Tristan Nunez was seventh in the second Mazda ahead of the fastest of the ESM Nissans, piloted by Scott Sharp.

Joey Hand came out on top in a fantastic GT Le Mans battle between the Chip Ganassi Racing-run Ford GTs and Porsche 911 RSRs, as he grabbed pole position for the #66 Ford by 0.144sec ahead of Laurens Vanthoor’s #912 Porsche.

Next up came Patrick Pilet in the second Porsche, a further 0.25sec behind, while the Corvette C7.Rs of Jan Magnussen and Oliver Gavin claimed fourth and fifth.

Richard Westbrook was sixth in the second Ford, with the Rahal Letterman Lanigan Racing BMW M8s of Connor de Phillippi and Jesse Krohn filling the last GT row, around 1.3sec off Hand’s pace.