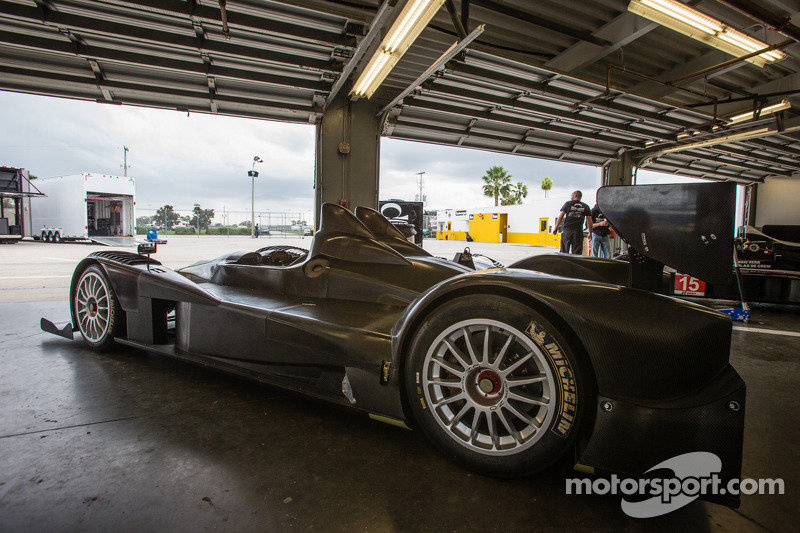 Scott Tucker: “There is a lot of talent in the Prototype Challenge class and that will show in the quality of racing next year."

The team is actively evaluating customer opportunities and is currently in discussions with drivers to fill its PC program for the upcoming season. With world-class resources and an innovative sponsorship platform that helps to subsidize the cost of the customer programs, Level 5 has generated a high-degree of interest from prospective drivers. The multi-championship winning organization put its full arsenal of resources on display during TUDOR Championship testing at Sebring International Raceway in November to showcase the assets available to support a highly-competitive effort.

While the slightly larger Prototype (P) class will include a mix of various types of race cars — merging Daytona Prototype (DP) race cars from the 2013 GRAND-AM Rolex Sports Car Series with P2 and DeltaWing prototypes from the American Le Mans Series presented by Tequila Patron — the PC class will consist exclusively of ORECA FLM09 race cars and will be comprised of eight teams and a total of 12 entries. Level 5 Motorsports will be one of four teams in the PC class fielding multiple entries.

“We’re very pleased with the announcement,” Scott Tucker said. “There is a lot of talent in the Prototype Challenge class and that will show in the quality of racing next year. The teams and drivers are certainly excited about it and I think the fans will be, too.”

Level 5 Motorsports has enjoyed success in the PC class before. In 2010, Level 5 and team owner Scott Tucker won the inaugural championship following a dominant season that delivered key victories in the Mobil 1 Twelve Hours of Sebring and Petit Le Mans, establishing the team’s credentials in only its first year of ALMS competition.

“Given our previous success in the PC category, we have a lot of confidence going into next season,” Level 5 team manager David Stone said. “We’ve won races and a championship in the PC before, so we’re hoping that our experience, expertise and resources will give us an edge over some talented competition. With a slate of great sponsors on board to help support the customer programs, we have a very attractive business model as well.”

With more than 110 podium finishes, 99 victories, 15 driver and team championships and seven different manufacturers championships, Level 5 is regarded as one of the most successful sports car operations in the United States and is set to continue its winning ways into 2014 and beyond.

The 10-race TUDOR United SportsCar Championship season gets underway January 25-26 with the 52nd annual Rolex 24 At Daytona. Look for further announcements regarding Level 5’s plans for 2014 in the upcoming weeks.

Bentley expected to compete in North America in 2014