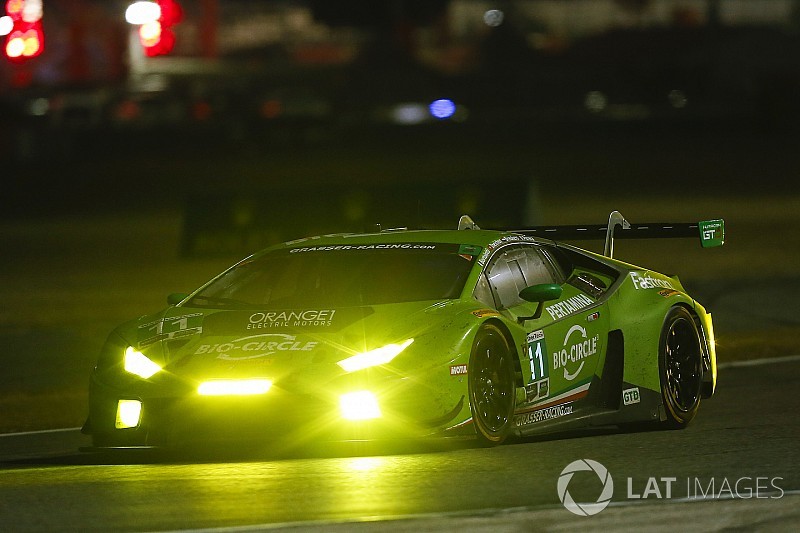 Mirko Bortolotti says that recovering from the penalty that consigned the Grasser Racing Team’s Lamborghini Huracan to last on the grid had made the squad’s GT Daytona-class victory in the Rolex 24 all the more satisfying.

The car had set the fastest GTD-class lap in the Roar Before the 24 test and qualified third, but was consigned to the back of the grid after failing the stall test in post-qualifiying tech inspection, obliging a canny rise through the slower runners over the course of the race.

Bortolotti, the 2017 Blancpain GT Series champion, said: “It's a big day for us, definitely. Coming from the back of the field, makes it even more special, I guess. I don't know if this happened before but I don't care – coming from last position, winning such an important race, it's great.

“Just so proud of everyone, of the whole team, and Lamborghini obviously. We've been working so hard to make this happen.

“Personally, I’m quite speechless about this. It's really a big thing, big day. I want to say thanks to everyone, also to the fans for coming down here for this race. The atmosphere in Daytona is always mega.”

Added Ineichen: “It's a great success that we tried many times before to win a 24‑hour race for Lamborghini but we were not successful. Now we are in Daytona, this is special, really, really special. It's a big dream, I think, of everybody to win here in Daytona.

“We did it now. We did it for Lamborghini, and we're really proud of that.”