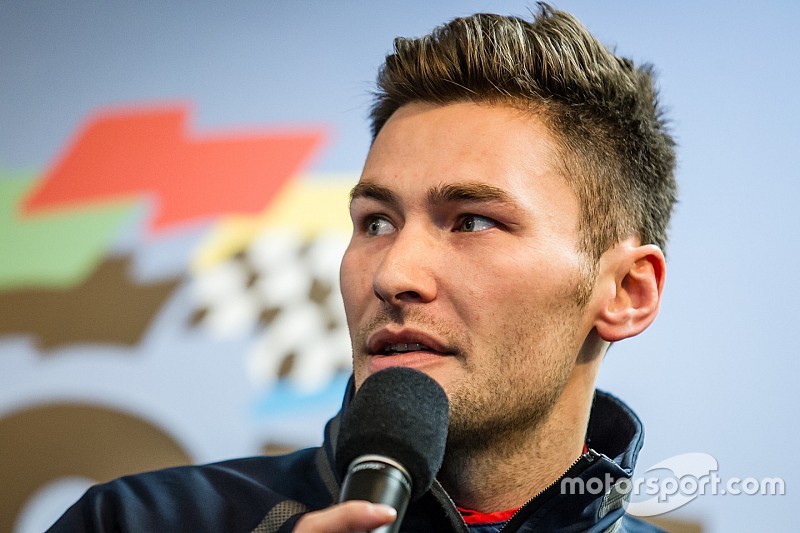 Kuno will be at the wheel of the new BMW M6 GTLM that the German manufacturer will launch into competition at the start of 2016.

Montréal (Québec) – Montreal driver Kuno Wittmer will return to competition next year as a BMW Team RLL driver in the GT Le Mans class of IMSA WeatherTech SportsCar Championship, the North American Endurance series. Kuno will be at the wheel of the new BMW M6 GTLM that the German manufacturer will launch into competition at the start of 2016. After becoming GTLM champion in 2014, this year Kuno Wittmer competed in Endurance’s GTD class, notably winning the 24 Hours of Daytona in a Viper.

For Kuno Wittmer, this return to Endurance’s GT Le Mans category next year is important but becoming a BMW of North America official driver is the biggest step in the 33 year old French-Canadian’s driving career. « This is incredible for me ! Since 2010 and my start in Endurance, I was trying to progress my career as a professional driver. But when a program like that of BMW North America comes along, it crosses to a whole new level » mentioned Kuno.

In a BMW M6 GTLM entered by BMW Team RLL, Kuno Wittmer’s first race will be the 24 Hours of Daytona at the end of January. He will follow that up with the 12 Hours of Sebring in March and conclude his season at the Petit Le Mans, a 10 hour race on the Road Atlanta circuit in October. « I will take part in these three big races, which count towards the Tequila Patrón North American Endurance Cup and I will participate in the development of the new BMW M6 GTLM. I will also be at BMW North America’s disposal to support their customer-racing program if needed throughout the season » he explained.

Currently, Kuno Wittmer is actively participating in the development of the BMW M6 GTLM, a brand new model in motorsport. Testing has already taken place in Europe and North America prior to the official IMSA session at Daytona this coming November 17-18, which precedes the official session prior to the 24 Hours of Daytona, at the beginning of January. For Kuno Wittmer, this initial interaction has been very promising: « The dialog with the engineers and all the BMW Motorsport personnel is very positive. They completely understand auto racing, and it’s amazing for a driver to work in such a great environment.

To be part of a program that has been in existence for more than forty years, with victories in so many series in the world, brings me to a much more elevated level » explained Kuno, who specified: « I had multiple options on the table for the 2016 season. I chose BMW because for me, it’s the best racing program in the world. It doesn’t bother me to not contest the entire 2016 IMSA WeatherTech SportsCar Championship season. It’s worth it to me to focus on the development of the M6 GTLM and compete in the biggest Endurance races » he concluded.

Kuno Wittmer started his driving career in karting, before moving on to open wheel at the Jim Russell Racing School at the Circuit Mont-Tremblant. In 1999, at the age of 16, he became Rookie of the Year in the Canadian F1600 championship. From 2000 to 2008, the Montrealer competed in Formula Atlantic as well as various other series in sport and touring cars.

After having won multiple victories in the Touring and GT classes of the SCCA World Challenge series, in 2010 he added the North American Endurance championship with the SRT Motorsports team. At the wheel of a Dodge Viper SRT, he took part in the 24 Hours of Le Mans in 2013 and won the 2014 GT Le Mans championship in the IMSA United SportsCar series. He is the only Quebec driver to have won this title. In 2015, he won the 24 Hours of Daytona’s GTD class in a Viper, before completing the season at the wheel of the TRG Aston Martin North America team.

2016 BMW M6 GTLM to make US public debut at Daytona