Seven-time Formula 1 race winner Juan Pablo Montoya will team up with son Sebastian in the Sebring 12 Hours round of the IMSA WeatherTech SportsCar Championship in March.

Sixteen-year-old Sebastian, who has raced in Formula 4 in Italy and Germany for the past two seasons, will make his sportscar debut in the DragonSpeed Oreca 07-Gibson his father will share with team patron Henrik Hedman in a full LMP2 campaign in IMSA next year.

The younger Montoya comes into the DragonSpeed line-up for a one-off at the Sebring enduro on March 19 after a successful tryout in the car at the FIA World Endurance Championship rookie test in Bahrain last month.

Montoya Jr described the chance to race an LMP2 car as a "a huge opportunity".

"I’m so grateful for the chance DragonSpeed and Henrik have given me," he said. "Racing with dad is a dream come true as he's been my idol growing up."

His father, who won the IMSA title with a Penske Acura in 2019 before joining DragonSpeed at the Le Mans 24 Hours in 2020, added: "I'm really happy to be back with DragonSpeed next season.

"I can’t wait to team up with Henrik again and I'm even more excited to share a car with Sebastian for the first time." 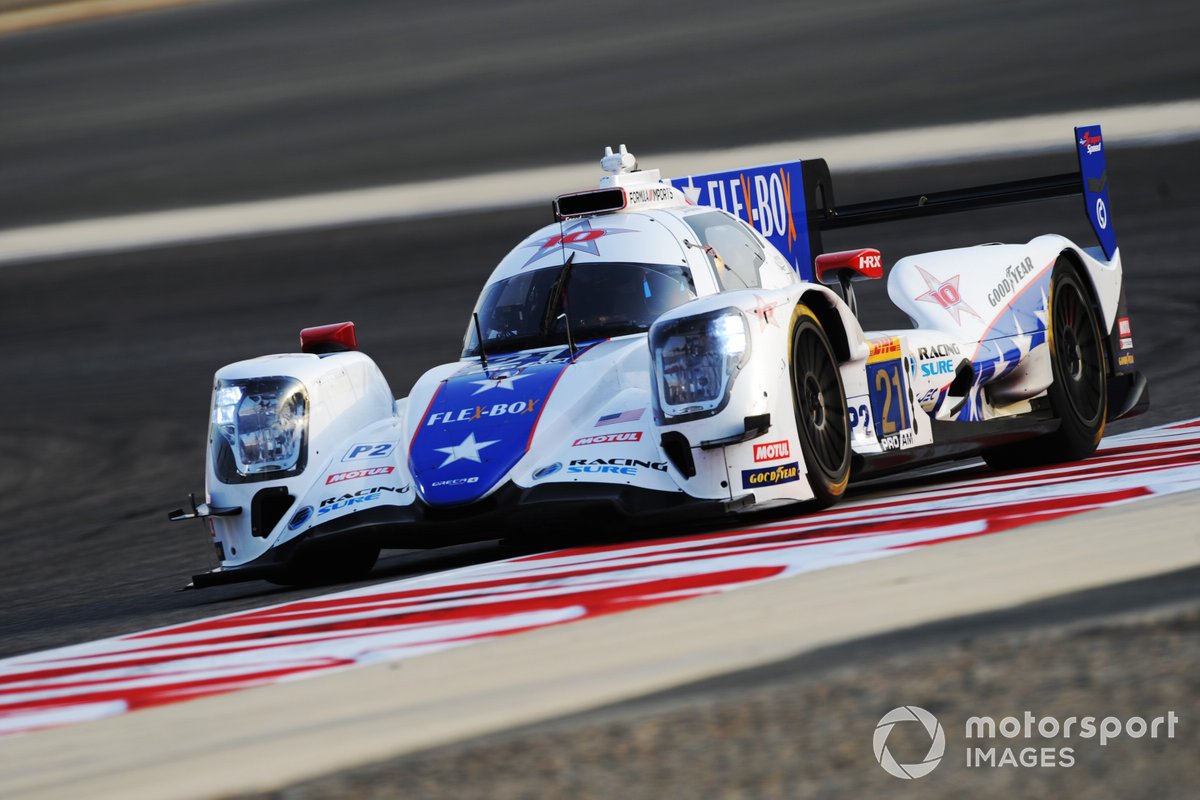 DragonSpeed boss Elton Julian explained to Motorsport.com that the idea to give Sebastian a race outing had "been in the back of my mind" prior to Bahrain, but that "he did such a good job that we had to get him in a car for a race."

"It made sense to bring him in for Sebring as the silver-rated driver we need before his single-seater season gets underway," Julian continued. "I'm really excited to get father and son in a car together because the Montoyas are such a cool family."

He explained that the team is working on bringing another silver in for the Watkins Glen 6 Hours and Petit Le Mans at Road Atlanta IMSA rounds.

Sebastian Montoya is expected to concentrate on his single-seater career after Sebring and looks set to graduate to Formula Regional EU by Alpine in 2022 with the Prema team that ran him in F4.

DragonSpeed and Hedman have switched to IMSA from WEC after claiming the LMP2 Pro/Am win at Le Mans in August of this year.

That means Hedman now has class wins in two legs of the triple crown of endurance, after taking the P2 victory with DragonSpeed at Daytona in 2020.

Julian explained that "Sebring is forefront in our mind because Henrik wants to complete the set".

Hedman paid tribute to outgoing teammate Ben Hanley, with whom he has raced for the past years in the WEC and the European Le Mans Series.

"Along with DragonSpeed's incredible support, I simply could not have won at Daytona and Le Mans, scored three more victories in the ELMS and IMSA plus another 10 podiums without Ben by my side," he said.

"I'm also proud to have played a part in his two awesome underdog performances in the Indy 500 [driving for DragonSpeed in 2019 and '20]."

DragonSpeed will be on the grid for the IMSA season-opening Rolex 24 at Daytona next month with a line-up described by Julian as "a separate deal" that is likely to be confirmed before Christmas.