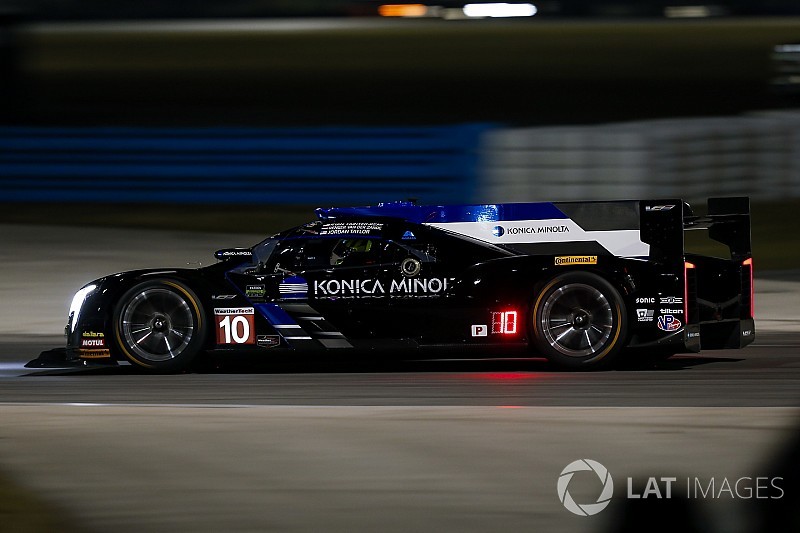 Following brother Ricky’s departure to the Penske-Acura squad, WTR will run Renger van der Zande fulltime with Jordan Taylor in the #10 Cadillac DPi-V.R, and will be joined at this weekend’s Rolex 24 by 2012 IndyCar champion Ryan Hunter-Reay.

However, Taylor says that the 20-strong field of prototypes for Daytona will offer a bigger challenge than he can ever recall for this event.

"I think it's going to be the toughest Rolex 24 we've seen in recent memory," he commented. "Every year we come back to Daytona, it seems like 75 percent of the grid could win the race. That was with 10-15 cars. Now we have 20 cars in our class.

“Everyone in the class is now world class, from teams to drivers. It's going to be tougher than ever, but we wouldn't want it any other way.

"I am confident in our chances. We have a lot of carryover from last year. We come in with Renger as our only new piece, but I think he fits in really well. We have a Cadillac racecar that is proven in speed and reliability, and a team that has proven to execute when it counts.

"The extra competition definitely makes everyone raise their game. Of course, we all felt like we've been pushing ourselves in the past to do our best, but with all these new drivers and teams coming in this year, we really need to focus on every little detail to find every hundredth of a second. I think each driver has to work on themselves to make sure they are maximizing their effort, just as the crew and engineers focus on getting everything out of the car."

The 3.56-mile roval at Daytona will feature three other Cadillacs – two from Action Express Racing, and one from Spirit of Daytona, which last year, under the Visit Florida Racing banner, ran a Riley-Gibson for van der Zande and Marc Goossens, before later in the year switching to a Ligier chassis.

Along with the reversion to the team’s original name and new car has come a new driver lineup in Tristan Vautier and Matt McMurry, who for Daytona will be partnered by Eddie Cheever III.

Said former Indy Lights champion Vautier: “Our pace was good at the Roar [Before the 24 test], and I think it was a strong statement by the team. Receiving the car in December, getting it on the ground only a week before the Roar, and to come and show how strong we are was great. Everyone in the Cadillac camp pushed hard and I gave it my all in the [pre]qualifying session.

"The team has been operating really well and the car has no real issue, so we need to keep it that way for the race. It is not like it used to be, just to keep the car safe. Now it is a full sprint for 24 hours. It is like 12 Long Beach races.

"We get along really well as a team. Matt and Eddie have been fast in the car and have been getting up to speed nicely. We have good chemistry which is what you need in endurance racing."