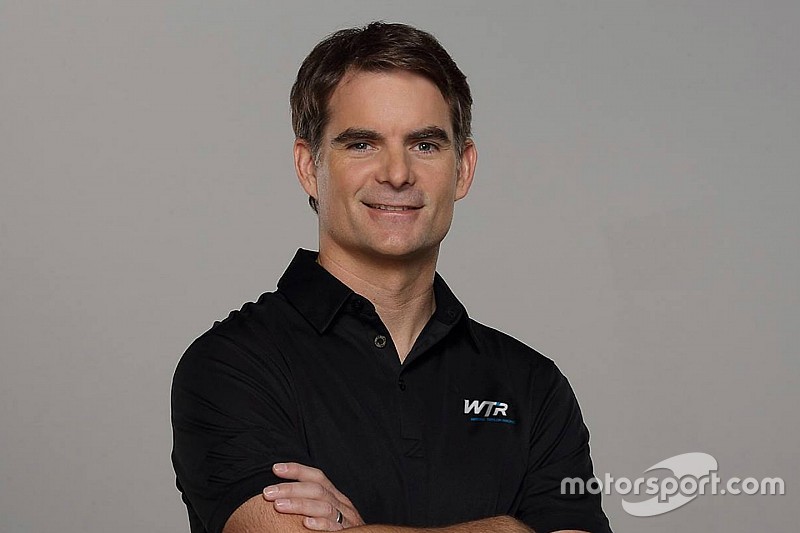 The 45-year-old got his first laps in the new Cadillac DPi-V.R, which was officially unveiled on Wednesday, during a 24-hour endurance test at Charlotte Motor Speedway last month, and is expected to be in attendance at the IMSA-sanctioned test at Daytona on Dec. 13-14.

Although he has 93 NASCAR Cup victories to his name, including three Daytona 500s and three wins in the track's traditional summer NASCAR race (currently called the Coke Zero 400), the 55th Rolex 24 Hours will mark Gordon's first race on the Daytona International Speedway road course since 2007.

On that occasion, Gordon competed in the Rolex 24, driving a WTR Riley-Pontiac alongside team owner Wayne Taylor, Angelelli and Jan Magnussen, and the quartet finished on the podium. That is Gordon's only endurance racing start to date.

Gordon retired from NASCAR competition at the end of 2015 but subbed for former Hendrick Motorsports teammate Dale Earnhardt Jr. in eight races this year.

"When I announced I would no longer be competing full-time in the NASCAR Sprint Cup Series, my hope was that I would get an opportunity like this to compete again in such a prestigious event – with Konica Minolta and Wayne Taylor Racing – with the hopes of winning it this time.

"I know that Ricky and Jordan are super-fast, and I believe it will be a very strong combination.”

Wayne Taylor added: “We are excited to have Jeff back in the lineup with us for the 2017 Rolex 24. He was with us when we started this race team back in 2007 and he helped us finish on the podium.

"We have kept in close touch ever since and have always been looking for another opportunity to have him join our driver lineup. That opportunity is finally here after his retirement from full-time competition in NASCAR and we are very much looking forward to working with him again.”

Konrad Motorsport to return to Rolex 24 at Daytona