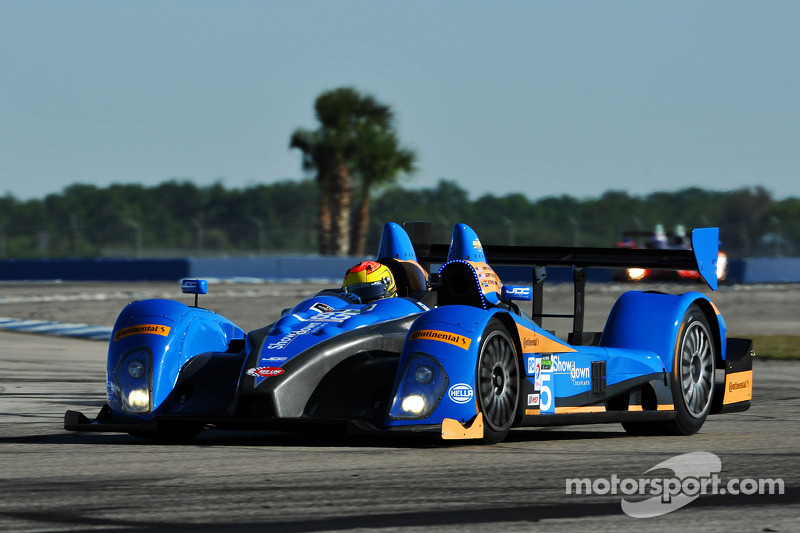 Piloting the class spec Oreca FLM09 racer in the 12-hour enduro for JDC-Miller MotorSports will be the talented trio line-up up Chris Miller, Gerry Kraut, and Stephen Simpson.

MINNEAPOLIS, MN. – JDC-Miller MotorSports' quest for glory in the Prototype Challenge class of the inaugural TUDOR United SportsCar Championship gets underway this week (March 15), with the world-renowned 62nd annual Mobil 1 Twelve Hours of Sebring Fueled by Fresh from Florida race. Americans Chris Miller and Gerry Kraut, and South African Stephen Simpson will be behind the wheel, when the Minnesota-based squad makes its series debut in central Florida, poised to add to the team's race and championship-winning resume. 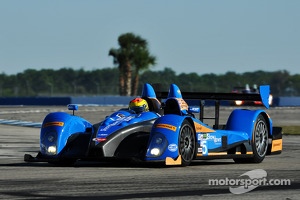 For over half a century, the best sportscar drivers and teams have gathered at Sebring International Raceway in the spring to showcase their talents and battle for supremacy over a 12-hour span in one the premier events on the planet. In 2014, JDC-Miller MotorSports will be part of Twelve Hours of Sebring mix via its newest racing endeavor, a full-season entry in the Prototype Challenge class of the newly created United SportsCar Championship.

Piloting the class spec Oreca FLM09 racer in the 12-hour enduro for JDC-Miller MotorSports will be the talented trio line-up up Miller, Kraut, and Simpson.

A 24 year-old native of Minnesota, Miller will make the transition to sports cars in 2014, contesting the remainder of the USSC schedule. The second-generation racer joins the PC field having previously showcased his talents as a championship-winning driver in the junior formula car ranks. Miller made his pro racing debut in 2008, promptly capturing the F2000 Championship Series title one year later with JDC.

Continuing to race in the open-wheel ranks through 2012, he was a consistent front-runner in both the USF2000 Championship and Pro Mazda Championship with JDC. Miller. Having taken a break from racing action to further his education, Miller recently returned to driver's seat via private testing in southern California, displaying good pace in the initial running of the JDC-Miller MotorSports Prototype Challenge racer, setting the stage for a strong debut outing in Florida.

"It is going to be incredible to compete in such a historic event," stated Miller. "The team has put in so much work to make this a possibility, and although it is our debut race, I have no doubt that we can be successful. It is an exciting new chapter for all of us, and I am really looking forward to my first endurance race."

Kraut, like his teammate, makes his USSC debut having enjoyed success with JDC. Racing since the mid-1990s, the Minnesota driver initially made his mark in the junior formula car ranks, highlighted by class wins in the Pro Mazda Championship. Kraut most recently has further illustrated his talents in Prototype Lites action, earning multiple trips to the podium. Kraut now intends to add to his resume in Sebring, where he will be doing double duty under the JDC awning, getting behind the wheel of both the PC racer and his Prototype Lites entry.

"Being an entrant in the 12 hour race is a dream come true for me," summed up Kraut. "I'll admit I'm a bit intimidated, but that should subside as the week gets underway."

Simpson continues the trend of skilled former formula car racers under the JDC-Miller MotorSports banner in Florida. The 30 year-old South African started his pro racing career in the junior formula car ranks, earning a championship crown in his rookie Formula Ford campaign. Simpson followed that up with race wins in British Formula Ford and British Formula Renault, as well as podium finishes in A1 Grand Prix and Indy Lights. With selected American Le Mans Series and European-based Le Mans Series races under his belt as well, Simpson is excited about the opportunity to help JDC-Miller MotorSports achieve success in its USSC debut.

"The opportunity to be part of the JDC-Miller MotorSports driver line-up for the 12 Hours of Sebring is something I am incredibly excited about, and am proud to be part of," added Simpson. "It is going to be a special weekend, it's the teams first start in the TUDOR United SportsCar Championship, and I am thrilled to be part of this professional organization. I have fantastic teammates in Chris and Gerry, and I have no doubt it is going to be an enjoyable and successful week for the whole team."

The chase for Prototype Challenge top honors in the TUDOR United SportsCar Championship gets underway for the JDC-Miller MotorSports trio of Miller, Kraut, and Simpson on March 13, with the opening practice run of the 62nd annual Mobil 1 Twelve Hours of Sebring Fueled by Fresh from Florida . Three more practice session will take place around the fast and bumpy 3.74-mile Sebring International Raceway road course prior to the lone qualifying outing on March 14. The historic 12-hour race is slated to commence on March 15 at 10:15 am local time. The racing action will be broadcast live on Fox Sports 1 from 10 am to 1 pm and on IMSA.com from 1 pm to 10:30 pm.