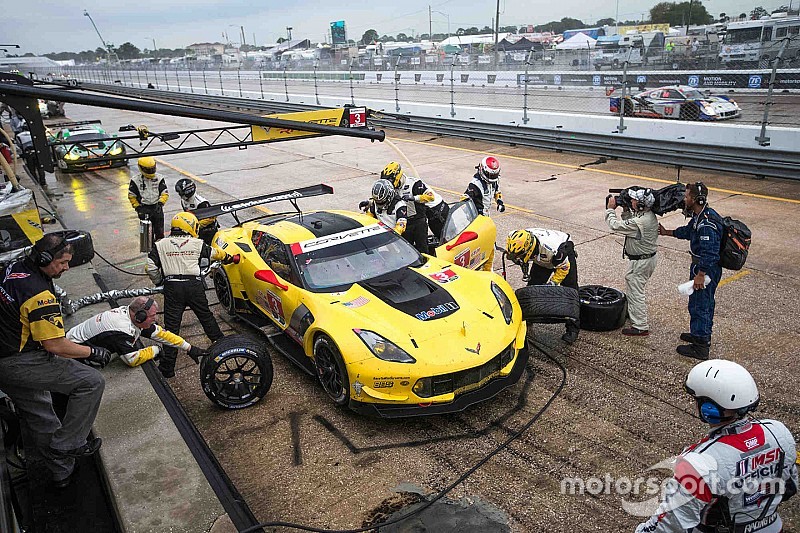 In his latest column for Motorsport.com, Jan Magnussen explains his big crash at Sebring and his joy at seeing son Kevin back in F1 with Renault.

Well, Sebring certainly didn't turn out like we hoped for the No.3 Corvette, but one thing I am very thankful for is Corvette Racing and the Pratt & Miller guys build a very strong race car.

The attention to detail they put in for protecting the driver is quite exceptional. Unfortunately, at Sebring I was at the wheel when we had a real live test to make sure all these safety items work well.

We had made the call to go to slicks early and while it was a bit of a battle early in the stint, the track had started to dry and I was coming through the pack.

I had a run on the No.911 Porsche and was set to make a pass for the lead. We were both on slicks and I was on the dry line as we split a GTD Audi down the straight.

However, Kevin Estre tried to brake on the inside of the track which was wet and just slid straight ahead.

When you watch the replay, you can actually see the Audi start to turn in for turn one while the Porsche is still going straight ahead.

The impact sent us both into the turn one tires pretty hard – our car going in driver's side first which is never nice.

Kevin apologized and admitted it was his fault which was good of him, but it still made a big mess of our day.

The Porsche was done but I managed to back the car out of the tire wall and tried to get back to the pits. The damage meant we had to load it up and take it back to the paddock on the flat bed truck but the Corvette guys immediately went to work and got the car back out on track.

It took us out of contention but getting back on track to score points could make a huge difference in the championship later in the year.

The team's attention to detail for driver safety is extraordinary. They go way above and beyond what is required in the technical regulations including a deformable structure beside the driver in the door.

While myself, Antonio (Garcia) and Mike (Rockenfeller) were pretty annoyed, it was still great to see the No.4 Corvette take the win and repeat what we were able to do with the No.3 car last year – win both Daytona and Sebring.

Hopefully we've put our bad luck for the year out of the way, and we can get back to challenging for the win next month at Long Beach.

After Sebring was run and done, I still had one key race to keep an eye on – my son Kevin's return to Formula 1 with Renault at the Australian Grand Prix.

I knew he was really looking forward to getting back in the car after not racing last year but a flat tire at the start was certainly quite annoying.

But despite that setback, he really put his head down and started charging back through the pack. The red flag for Fernando Alonso's crash helped but particularly towards the end of the race he was really flying.

To end up right behind his teammate Jolyon Palmer was a very good start to the year with both cars just outside the points.

Kevin is really enjoying the atmosphere and environment at Renault and I think there are going to be weekends this year when they are really going to surprise.

The change over to the new Renault ownership happened quite late but they are certainly doing a very good job with what is basically an updated version of last year's car.

Renault appear to be very serious about getting back to their winning ways and I know Kevin is very excited to help make that happen.

I'm really looking forward to the Bahrain race week and hopefully Kevin can have better luck off the start and really be able to get stuck into the race. 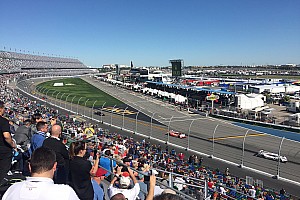