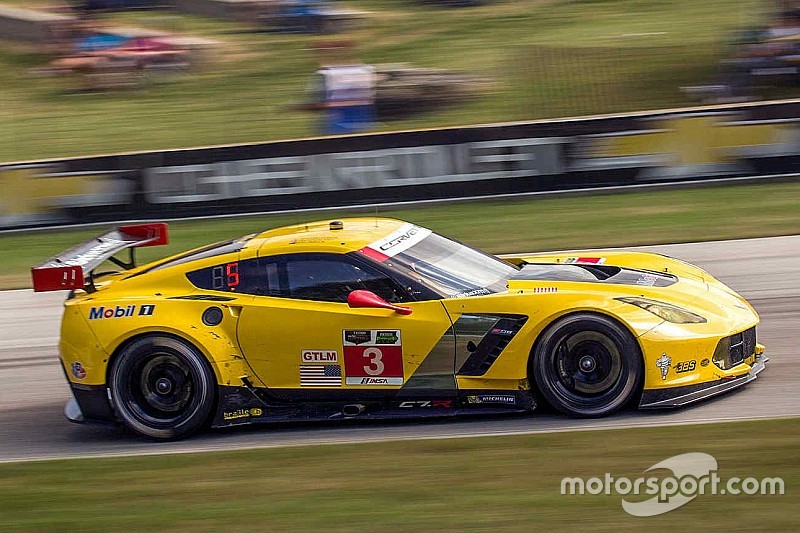 In his final column for Motorsport.com this year, Jan Magnussen looks back on his GTLM season of highs and lows – and forward to son Kevin’s Porsche LMP1 test.

The 2015 season has come to an end but there is really no such thing as an off-season any more.

We had the first test with the updated version of the Corvette C7.R last week at Sebring and things went pretty well. It’s quite a bit different than last year’s car, but I think everybody was pretty happy with it.

The new technical regulations for 2015 will make the GTLM cars faster with extra horsepower but mainly more downforce. So it is going to be interesting to see how the balance between the GTLM and the GTD cars works out next year.

The GT3 cars that are coming in to the GTD class, all of those are pretty fast and they have a lot of horsepower, so I think we’ll be quick in different areas.

They’ll be fast down the straights and we’ll be fast in the corners. I don’t know how much of a difference it’s going to make.

The GTLM class was a fantastic battle again this year but 2016 is going to be even tougher with Ford coming in to do battle against Corvette, Porsche, BMW and Ferrari.

It’s always good news for a series when a big manufacturer like that comes in. I’m sure it’s going to be a fantastic battle.

It will be interesting to see where the Ford is and how it stacks up. Everybody at the moment thinks they are going to come in and be strong and, I have to admit, that car does look a bit special.

For 2016 it is going to be great to team up with Antonio Garcia again. We won the championship three years ago and have won races and led the points at times in both the past two years.

It’s not just me and Antonio that carry on together, it’s also our engineer Kyle, I think it’s always good when you can continue just fine-tuning a team that you know so well instead of starting from zero. I’m looking forward to continue to build on what we’ve achieved so far and see where it takes us next year with a new car.

We’re both very hungry to challenge for the championship again. The past couple of years have been tough with the BOP battles but, I think, in the end you just need to win the races that you can and see how it plays out.

I don’t think that the adjustments that were made this year were very fair and it seemed like it was an overreaction, really, but that’s how it is. I don’t know that you can try and control finishing third or fourth to try and have a strong car at the end of the year. I think you need to take the wins that you can.

I’m also super keen to get back to Le Mans after what happened this year. The accident in practice was just a freak thing. It was great that the #4 Corvette won the race but it was pretty bittersweet for us to have to watch from the sidelines.

It has also been a super busy and really enjoyable season for my team back in the Danish Thundersports Championship.

I really enjoy being a team owner – it’s a lot of hard work but it’s fun to try and improve, not only on my driving, but also the team around me.

As the team boss, it's all about the people that are involved with the team and trying to get the best out of everybody. I’ve got to give them the best tools and the best possibilities for them to be the best that they can be.

It’s a cool challenge even if it takes up a lot more time than what I thought it was going to.

It really does give me a new found respect for the guys at Pratt & Miller. but you should never mention my team in the same sentence as Pratt & Miller. I’m not even close!

We’re just a small two-car team and we don’t have to produce parts since it’s a spec series. You don’t have to have a big manufacturing shop either, but we do have to have good people and need to be organized in the way that we test. We also need to make sure that we get the best out of everything to try and be a little bit better prepared than everybody else.

It is fun for me to race at home because I am not only racing against my own teammate in Michael Markussen but also against my nephew Dennis Lind.

Racing against Dennis is good fun. He’s a hard racer, he’s young and he can get a little wild at times.

We have good respect for each other and usually we try not to slam into each other but we’re also racing hard and the races in Denmark are super short so you have to go hard.

If there’s a gap, you have to go for it - and sometimes you need to make one but that’s the name of the game in Denmark. We’ve made it to the end of the year and we still talk to each other, so all is good!

We’re not throwing food at each other across the Christmas table – at least not because of what happened on the racetrack.

To wrap up the year, I’m really pleased that my son Kevin has the chance to test for Porsche’s FIA WEC team in Barcelona.

I know his Formula 1 dream is still very much alive but, as things turned out with no good opportunities coming along to him for a race seat for 2016, then I think this is the best thing that could have happened, getting in with Porsche and getting to test with them.

Maybe there will be an opportunity to do something more. But for the moment it’s just a test and that’s it. They’ll get to know him and hopefully he can impress them as he has with everybody else that he’s been with and take it from there.

It’s a great opportunity and I’m really proud and happy for him.

Obviously, with my sports car experience, we have talked a little bit about what to focus on in a 24-hour race and what he needs to be careful of - to see if I can help a little bit.