Jan Magnussen: Consistency is key for both Kevin and myself 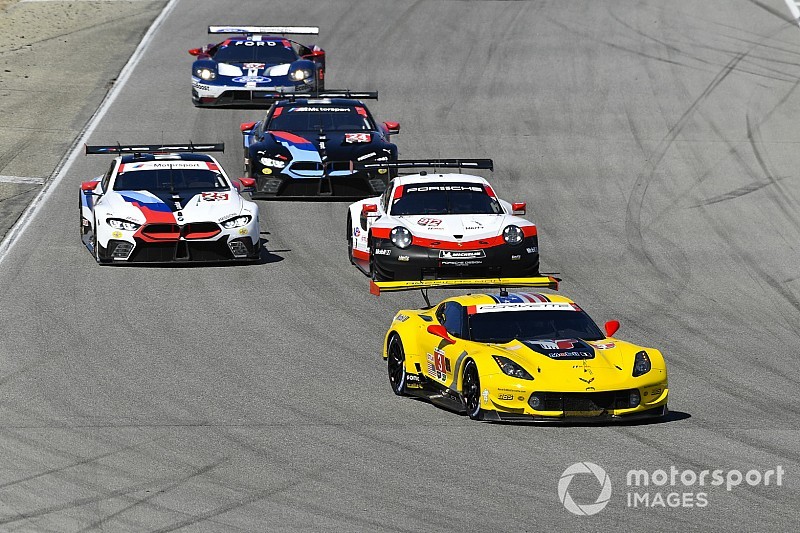 Motorsport.com columnist Jan Magnussen reflects on how he and Antonio Garcia have built their championship lead, how much he'll miss Don Panoz, and why son Kevin's new Haas F1 deal is important.

Just one race to go and the 2018 IMSA WeatherTech SportsCar Championship will be done. Laguna Seca was okay for us with yet another podium, but, more importantly, it wasn’t great for our championship rivals.

Even though we wanted to win – to get that victory that Corvette Racing and Team Chevy both deserve – third place was all we could do as the two cars in front of us stretched it unbelievably far on fuel in the last stint of the race. They must have been running of fumes right on the final lap.

Thankfully, those two cars in front of us – the No. 25 BMW and No. 912 Porsche – aren't really in the championship fight. At this point, it's us and the Fords taking the battle to Petit Le Mans at Road Atlanta.

We have nine points over the #67 car and 15 over the #66, but with this class and this series, anything can happen, especially over a 10-hour race.

Last year coming into the final race our lead was 19 points over the #67 and it worked out then, so hopefully it can happen again this year! This year if the No.67 wins, we have to finish fourth or better.

Petit Le Mans is our last chance to win this year, but the focus is on the championship. The team, Chevrolet, Antonio and I, we all want to take the title at season's end and give Corvette three championships in a row.

Consistency has been the absolute key for us this year. We’ve strung together seven consecutive podium finishes, and eight in total over the ten races held so far. We haven’t always had the fastest car, but overall as a team, we’ve been incredibly consistent. That is not just down to Antonio and myself - the strategy and the pitstops from Corvette Racing have again been incredible. We both can’t thank the team enough. Last year we had three wins but only five podiums in total.

If we can pull it off, Road Atlanta would be a poignant place to take my fourth title for Corvette Racing and my third with Antonio. It's the track where I got my start in American sports cars with the late Don Panoz. IMSA doesn't race in Denmark, so I always felt like Road Atlanta was my home track because of the entire Panoz family.

I got my start in sports cars with Panoz Motorsport and didn’t know what to expect coming out of Formula 1. It was certainly massively different from what I was used to, but I have been so lucky to have an incredible career. I think Don will be on all of our minds during the race weekend and we’re really going to miss his presence in the paddock.

The series today wouldn’t be where it is today without his vision of the American Le Mans Series. He leaves behind an incredible legacy that the drivers, the teams, the manufacturers, the sponsors and of course the fans are all very grateful for. And like I say, personally for me it would be incredibly meaningful to win such an important title in my career at the track where it all started thanks in large part to Don Panoz.

While my season in the US has been exciting, Kevin’s year has also been even more fun to watch. He had a really good race in Russia and picked up a couple more points. He’s now just two points off of his best-scoring season with five races still to go.

He also overtook Nico Hulkenberg for 7th in the standings. It’s clear that he’s doing a great job, and, because of that, Haas F1 signed him for two more years. I think continuing on with the same team, particularly with the knowledge that he doesn’t have to worry about contracts next year will be really good for Kevin.

Consistency is a great thing in a racing career, it’s part of the reason we all work so well together at Corvette Racing, and I’m sure it will help Kevin achieve bigger and better things with the team.