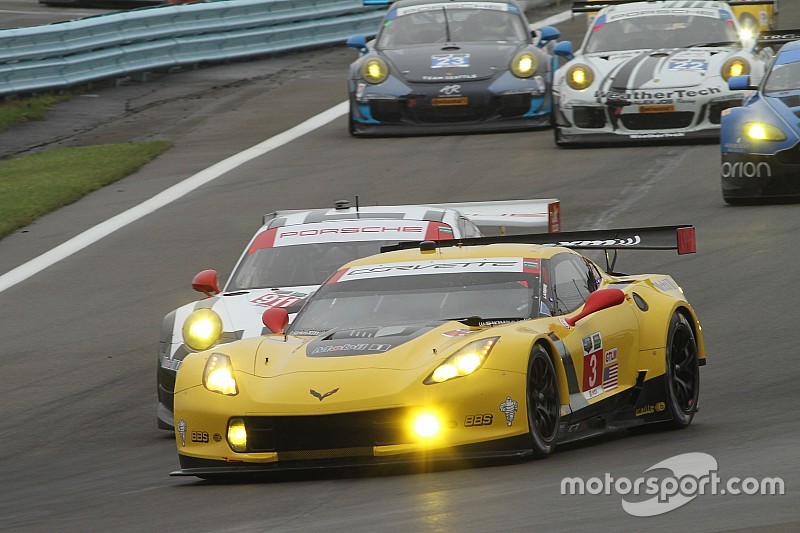 In his latest column for Motorsport.com, Jan Magnussen explains how good it felt to be back in action in his No.3 Corvette after non-starting the Le Mans 24 Hours.

We’ve now got a race back under our belt at Watkins Glen after the disappointment of Le Mans, and it was great to come away with a good points haul and maintain a share of the points lead.

Our car that was damaged at Le Mans is still being rebuilt at Pratt & Miller and we drove the Larbre Competition Corvette C7.R chassis at the Glen that was the No.4 Corvette Racing entry for the first half of last year.

The car felt very similar to our own car. There’s just a little bit of a difference with the cockpit.

The car handled like our own so there were no problems there. It was good to get back in the car after the accident at Le Mans and try to get ready for the race.

The start of the race at the Glen was very interesting since everybody was on slicks and the track was quite wet, so that made it really difficult and very easy to make mistakes but I think we handled that pretty well.

Qualifying was cancelled so being the points leader we were able to start from pole and lead into the first turn. It was tricky early as the Porsches were very fast.

I had a little bit of an issue in the middle of my first stint with pick-up on the tires. We struggled with that quite a bit and it cost quite a bit of time.

My second stint was a lot better after we made some tire pressure changes.

But there was still a little bit of an issue towards the end of my second stint, so that is definitely something to work on in the future – we’re still learning the 2015 tire and how to get the most out of it.

Other than that I was quite happy with the way the race turned out.

Antonio did a great job, as always, but unfortunately we had a really bad pit stop towards the end because we had a wheel gun that failed so we lost a lot of positions. Despite that, I think that fourth place was a good result, probably a little bit better than what we had the speed for.

To come away still in the lead for the championship is probably the best we could hope for.

Antonio was also pretty lucky when he spun at one point. That was a close call. I think a PC car hit him, and it spun him around, but it was a good thing he didn’t hit anything nor did he get a lot of damage on the car.

Moving on to Canada

Next up for Corvette Racing is our return to Canadian Tire Motorsport Park. We won in Canada last year and this is a track that I always love going to.

Places like Watkins Glen and Mosport are really “old school” tracks. If you make a mistake there are consequences – it really keeps you sharp and focused.

You can make a mistake at somewhere like COTA and you have heaps of run off. Safety is obviously very important but these old tracks remain a unique challenge.

Corvette Racing also has a huge fan base in Canada thanks to Ron Fellows. He has been part of the “Corvette Family” for a very long time and is now doing a brilliant job as part of the ownership group at Mosport.

The best thing is they have managed to improve the facility and enhance the safety without taking away any of the challenge of the track.

It is still an incredible thrill to drive there, and I can’t wait to get back in the car this weekend.