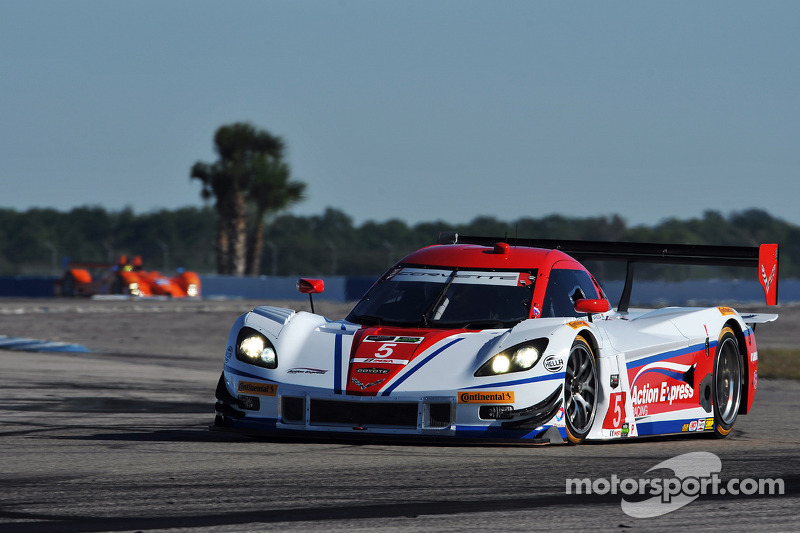 The Indy-to-IMSA shuttle is up and running this weekend, with nine IndyCar Series regulars racing in the 62nd Annual Mobil 1 Twelve Hours of Sebring Fueled by Fresh From Florida, set for Saturday at Sebring International Raceway.

The second race of the IMSA TUDOR United SportsCar Championship season is a nice set-up for those nine in terms of acclimation; the IndyCar season opens in two weeks in St. Petersburg, just a two-hour drive from this sleepy Central Florida community that awakens dramatically each spring when sports cars arrive.

"I think this is, number one, obviously a benefit from the merger and it's taking everyone back a little bit to the old days of sports car racing when stars from other series came to the big sports car events," said Scot Elkins, IMSA's vice president of competition and technical regulations.

"It's interesting to see this, for some of the guys coming over from open wheel, they're in cars this week that are not dramatically different -- basically open-wheel cars with fenders. So it's a good transfer for them and it's a great showcase to have them here." 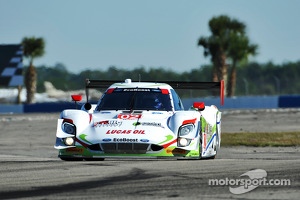 The IndyCar representation starts with Sebastien Bourdais, who has immense experience in sports cars. He's part of a three-man Action Express lineup seeking to follow up its season-opening Rolex 24 At Daytona victory. Bourdais, Christian Fittipaldi and Joao Barbosa, teamed in the No. 5 Corvette DP -- part of the headlining Prototype class -- have a chance to become the first drivers to sweep Daytona and Sebring since 1998. That gap largely can be attributed to the 13-year split (2000-2013) of sports car racing in North America that has ended this season with the GRAND-AM Rolex Series and the American Le Mans Series merging to form the TUDOR Championship.

The representation continues in a big way:

Dixon and Kanaan are part of Ganassi's usual all-star road-racing lineup. They're partnered with reigning Indy Lights champion Sage Karam. Ganassi's other car, the No. 01 Ford/Riley, has longtime co-drivers Scott Pruett and Memo Rojas teamed with Marino Franchitti. Pruett and Rojas formed the most dominant tandem in Rolex Series history, with Pruett winning five championships and Rojas four. Franchitti, brother of recently retired open-wheel superstar Dario Franchitti, was one of the ALMS' top prototype drivers prior to the merger. 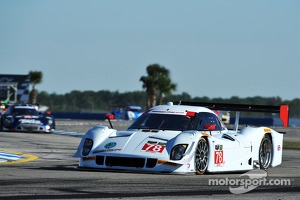 Surprisingly, neither of Ganassi's entries were factors at the Rolex 24, with the No. 02 finishing eighth and the No. 01 11th. That made Thursday's opening practice sessions encouraging. In the first session, Dixon led Prototype competitors with a lap of 1:52.357 (119.832 mph) on the 3.675-mile circuit.

"The Ganassi team has done a great job both in testing and getting the Prototype where it needed to be since Daytona," Dixon said. "Obviously it's never a bad thing unloading fast off the truck and we were pleased pacing the opening session. It's still really early in the weekend but I'm looking forward to our team's first chance to win Sebring."

Qualifying for the Twelve Hours is set for Friday afternoon, beginning at 4:10 p.m. ET, for all four TUDOR Championship classes that will race simultaneously -- Prototype, Prototype Challenge, GT Le Mans and GT Daytona.

Saturday's race begins at 10:15 a.m. ET, with FOX Sports 1 broadcasting the first three hours of the event. The balance of the race will be streamed on IMSA.com from 1-10:30 p.m. MRN radio coverage starts at 10 a.m. Saturday.

Risi Competizione is back