Top spot in the 90-minute session changed hands on numerous occasions. Pipo Derani started the ball rolling with 1m06.568s in his Action Express Racing Cadillac DPi-V.R, but swapped the position with the Meyer Shank Racing Acura of Blomqvist, who lowered the fastest time to 1m06.408s.

Blomqvist retaliated with 1m05.712s, before CGR's Bourdais matched his time to the thousandth of a second with eight minutes remaining.

Bamber dropped to third, ahead of Derani. Filipe Albuquerque could only manage fifth in his Wayne Taylor Racing Acura, ahead of the slowest DPi car, the JDC-Miller Caddy of Tristan Vautier.

Garrett Grist set the quickest time in LMP3 in his Jr III Racing Ligier, just ahead of Colin Braun’s #54 CORE Autosport entry. Scott Andrews (Riley Motorsports) was third fastest but caused the only red flag of the session with an off at Turn 5. 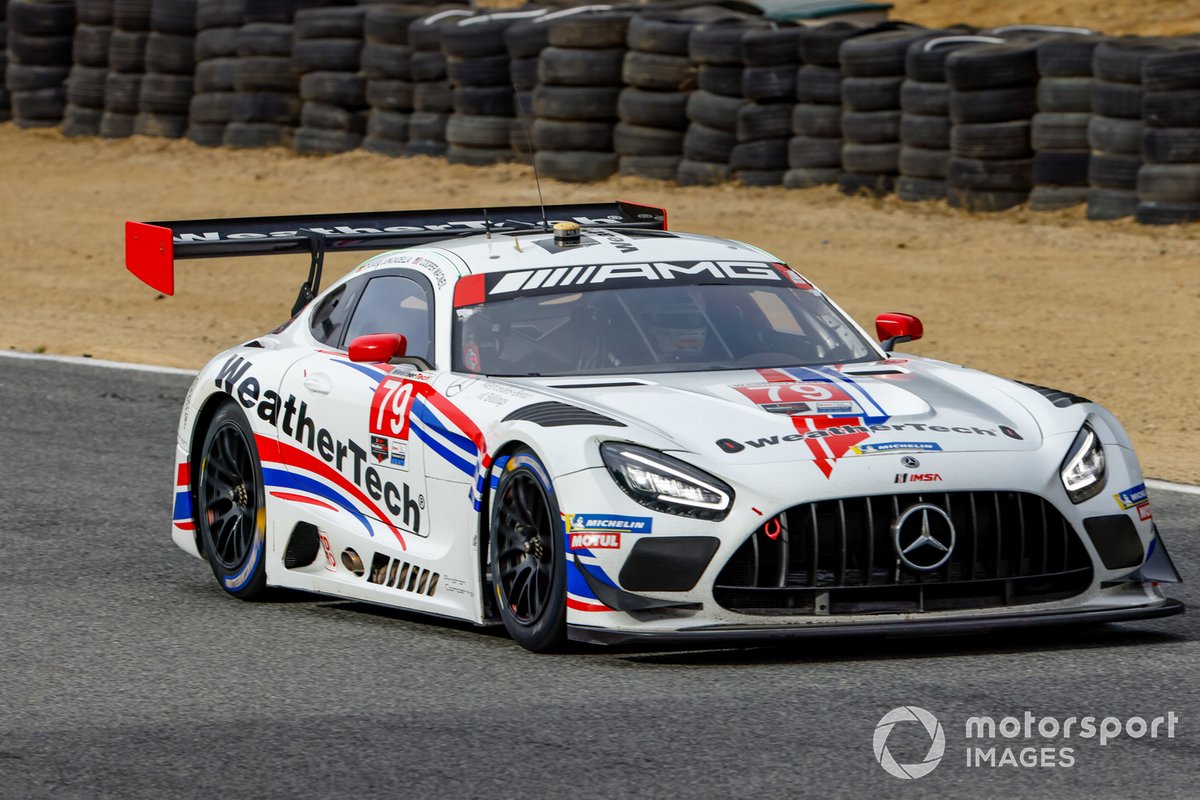 In the GTD classes, Bill Auberlen set the early pace at 1m17.079s in his Turner Motorsport BMW M4 but that time was only good enough for fifth by the end.

Daniel Juncadella set the fastest time of the session at 1m16.520s in the WeatherTech Racing Mercedes, almost four tenths ahead of the Pfaff Motorsports Porsche 911 GT3R of Matt Campbell/Mathieu Jaminet at 1m16.917s.

Vasser Sullivan Racing’s Frankie Montecalvo pumped in a late 1m16.927s to top the non-Pro class in third overall in GTD for Lexus, with Alex Riberas next up in the #23 Heart of Racing Aston Martin Vantage.