IMSA slows down LMP2s for first time at Laguna Seca 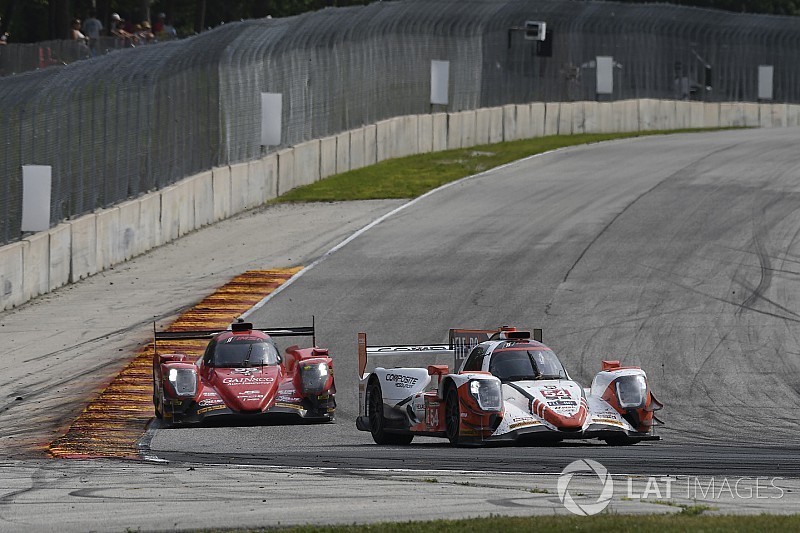 The performance of the latest-generation LMP2 cars has been pegged back of the first time in the IMSA WeatherTech SportsCar Championship ahead of next month's Laguna Seca round.

The Balance of Performance changes follow a run of three consecutive victories for P2 cars over the DPi machinery that had previously won all bar one IMSA round since the current rules were introduced at the start of 2017.

All LMP2s have been given an additional 10kg, bringing their minimum weight to 940kg, and also had their fuel capacity reduced from 75 to 72 litres for the Monterey, California event on September 9.

At the same time, all DPis have had their fuel capacity increased by two litres and the Mazda RT24-P has been given a 10kg weight break.

“Even though it’s a spec platform, we’ve seen the car and the performance increase as the competitors have become more familiar with them."

IMSA had previously attempted to balance the DPis, which are built around LMP2 chassis, to the P2s powered by the one-make Gibson V8 engine.

Carter explained that it was "time to put a limit on the reference platform, instead of just turning up the DPis".

He revealed that IMSA's agreement with WEC promoter and Le Mans 24 Hours organiser the Automobile Club de l'Ouest to use the LMP2 regulations allowed for BoP changes to the P2s.

“We’ve had freedom: the only stipulation is that we don’t BoP between (LMP2) cars," he said.

The changes to the P2 BoP only affects the Oreca 07 because the PR1/Mathiasen squad is swapping from the Ligier JS P217 to the Oreca for Laguna.

The JDC/Miller team won the Watkins Glen 6 Hours in July, before CORE autosport triumphed at Canadian Tire Motorsport Park (nee Mosport) and then Road America in July and August respectively.