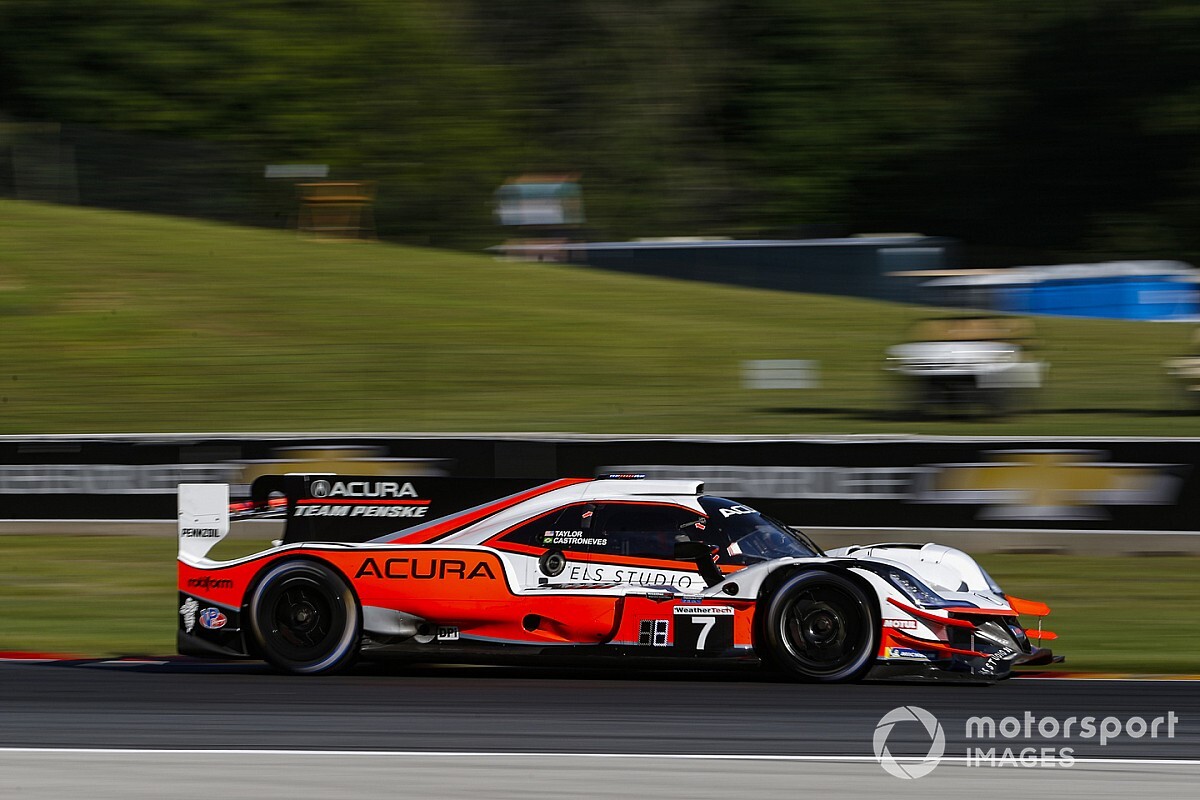 After a difficult couple of races since the IMSA WeatherTech SportsCar Championship season restarted, Ricky Taylor and Dane Cameron put the Acura Team Penske ARX-05s at the top of the field in opening practice at Road America.

Cameron held top spot until the final four minutes when Taylor sprung from worst to first in class with a 1min50.654sec lap of the 4.048-mile course, to go fastest by 0.275sec.

Wayne Taylor Racing’s Renger van der Zande set a time just 0.010sec shy of Cameron to be fastest of the Cadillac DPi-V.Rs, albeit just 0.033sec ahead of the Sebring-winning machine of Action Express Racing, in which Felipe Nasr set fastest time.

Jonathan Bomarito was fifth in the faster of the two Mazda RT24-Ps, Joao Barbosa and Tristan Vautier completing the eight-car field in the two JDC-Miller Motorsports Cadillacs.

In LMP2 Cameron Cassels had a wall-banging moment exiting Turn 5 that restricted the number of laps that Performance Tech Motorsports could turn and caused the second of two red flags.

Simon Trummer, on his return to PR1/Mathiasen Motorsports led the class with a best time just 1.5sec slower than slowest DPi time, with Henrik Hedman second fastest for DragonSpeed.

Tommy Milner and Antonio Garcia, whose Corvettes earlier this month won the races at Sebring and Daytona respectively, were 1.2 and 1.6sec off the ultimate pace in class.

The second BMW of Connor De Phillippi caused the first red flag in the session when it ran long in Turn 5 and needed a bumpstart and reboot before heading to the pits and then the paddock.

There should be noted, however, the proviso that the AIM Vasser Sullivan Lexus RC F GT3 of Aaron Telitz and Jack Hawksworth, recent winners at Daytona and Sebring, had a malfunctioning transponder and therefore didn’t officially record a lap time.

On Saturday, second practice will begin at 8.55am local (Central) time/9.55am Eastern, while qualifying commences at 1.50pm.