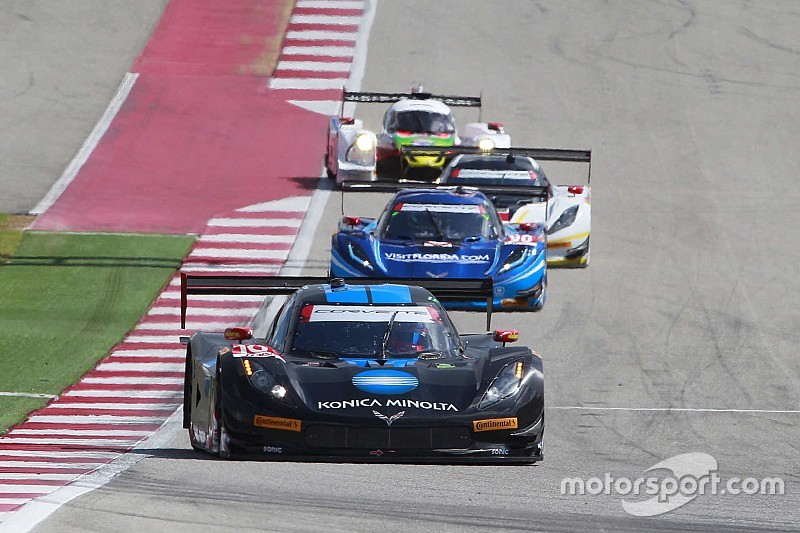 Daytona Beach – The International Motor Sports Association (IMSA) today confirmed the release of engine and bodywork guidelines along with an updated name for new Prototypes competing in the IMSA WeatherTech SportsCar Championship beginning in 2017. The new IMSA-based car formula will be known as Daytona Prototype international (DPi).

The new chassis, which is the result of unprecedented collaboration among the world’s top governing bodies for sports car racing – IMSA, the Federation Internationale de l’Automobile (FIA) and the Automobile Club l’Ouest (ACO) – will be built by the four constructors approved and announced earlier this summer: Dallara, Onroak Automotive, ORECA and Riley/Multimatic. DPi and new LM P2 cars coming online in 2017 will be eligible to compete in the top Prototype class for overall race wins.

IMSA’s DPi philosophy allows for cars to be powered by a wide range of engines from the world’s leading automobile manufacturers. The cars also will feature manufacturer-specific bodywork and styling cues.

A new chapter of prototype racing

Beginning with the 2017 season, this unique approach will usher in a new chapter of prototype racing. It is expected to attract several major automobile manufacturers seeking to showcase and develop their technologies in the most challenging environment possible - endurance sports car racing – including marquee North American events such as the Rolex 24 At Daytona, 12 Hours of Sebring, Six Hours of The Glen and 10-hour Petit Le Mans at Road Atlanta.

“We believe the DPi philosophy represents an attractive combination of safety, technology and relevance,” said IMSA President Scott Atherton. “It is a modern, international prototype that will provide participating manufacturers, teams, drivers – and especially our fans – with a wide variety of great cars and outstanding competition.”

In contrast to the LM P2 version of the car which will exclusively feature a standard “spec” engine supplied by Gibson Technology, DPi technical regulations allow many different engines, including those used in existing FIA GT3 race car applications.

A minimum of four years

DPi and LM P2 cars will be homologated (approved) for a minimum of four years, from 2017 through 2020 to enable participants to leverage their investments, thus providing increased stability for all involved. To achieve performance parity in the top Prototype class, IMSA will utilize a Balance of Performance (BoP) methodology for both the DPi and LM P2 specifications.

IMSA also announced that closed-cockpit LM P2 cars built between 2014 and 2016 will be eligible (grandfathered) to compete in the WeatherTech Championship during the 2017 season. Open-cockpit LM P2 cars and current Daytona Prototypes will no longer be permitted in IMSA competition after the 2016 season.

Magnussen: We need something remarkable at Petit Le Mans