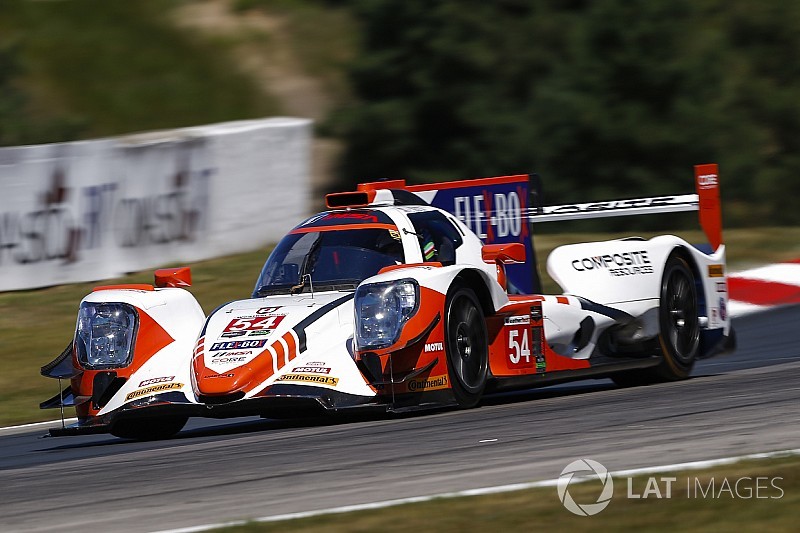 Braun also set pole in the previous round at Watkins Glen, but the team elected to start from the back of the Prototype grid with teammate Jon Bennett taking the first stint.

“It’s a testament to these CORE guys,” said Braun. “This car is just a blast to drive around here, probably my favorite racetrack. The car is efficient, it’s a great platform, but we’re a single-car team, and we’re building on that every race weekend. It’s only our fifth race with the car, and my dad is engineering this thing!”

Robert Alon, who has impressed all weekend, put a second Oreca LMP2 in the top three positions with a lap of 1m06.841s for JDC-Miller Motorsports. Renger van der Zande was the quickest of the Cadillacs for Wayne Taylor Racing in fourth, just pipping Jonathan Bomarito in the #55 Mazda.

Helio Castroneves was sixth fastest in the second of the Acuras, ahead of Sebastian Saavedra (AFS/PR1 Mathiasen Ligier) and Ryan Dalziel in the sole ESM Nissan.

“It’s good we can bring our tires up to temperature quickly,” said Tandy. “I’m sure we won’t have such an advantage over a long run. It’s been a good day for England, what with the World Cup and F1 results today. Hopefully we’ll stay in front.”

Ryan Briscoe grabbed second in his Chip Ganassi-run Ford GT, three tenths off Tandy’s pace with a 1m13.844s, ahead of the first of the Chevrolet Corvettes of Jan Magnussen.

A ragged Laurens Vanthoor was only fourth quickest in Porsche #912, over four tenths off the time of the pole-winning sister car. Oliver Gavin qualified the #4 Corvette in fifth, ahead of the BMWs of Jesse Krohn and Alexander Sims.

Joey Hand was slowest of the class runners in the #66 Ford GT which won at Watkins Glen, after reporting an issue with the left-front corner of his car and pulling into the pits.

“We knew this would be a track that suited us, it feels like this track is almost designed for us,” said Hawksworth. “I had a really good feeling, and the speed came really easily. It’s a fun track on low fuel and new tires. I think we’ve got a great chance in the race.”

CTMP IMSA: Braun/Bennett claim amazing win from back of pack