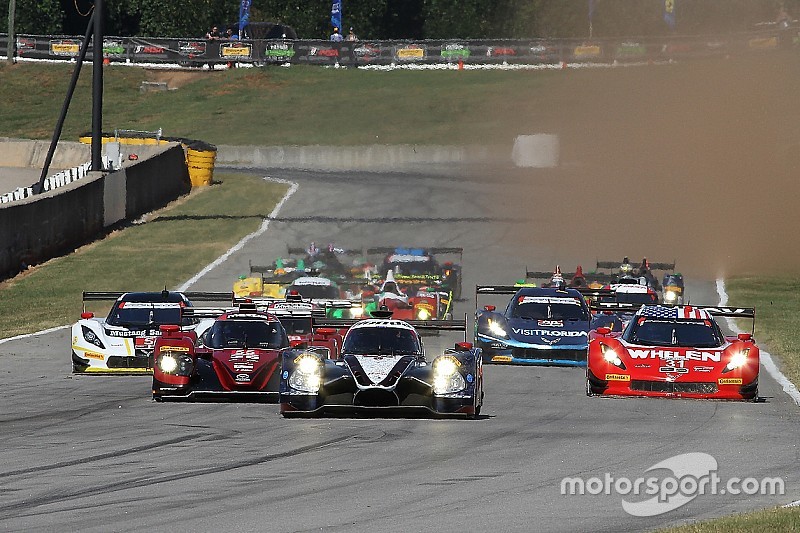 IMSA has revealed new-for-2017 rules which sees the end of the split-starts, as well as greater clarity over penalties for drivers failing to reach their allotted drive time on race days.

From next January’s Rolex 24 at Daytona, the start of all WeatherTech SportsCar Championship races will include the entire field in one pack taking the green flag at the same time.

Previously, the field was separated into Prototypes and GTs, receiving the green flag separated by several seconds.

IMSA’s CEO Ed Bennett said: “While we saw some benefits of split starts, having the entire field start the race together will offer more excitement for our race fans both onsite and watching on television.

“By putting the entire field together in one group, the opening moments of our races will be that much more exhilarating and set the tone for fantastic competition all the way to the checkered flag.”

The 2017 Sporting Regulations also include revisions to the way points are awarded at each event.

If all drivers in each car achieve all drive-time requirements, the car and all drivers will be awarded the number of points associated with their finishing position in the race. Should a team’s drivers not meet the drive-time requirements, the car and drivers will be placed at the back of their class in the finishing order, and receive the points associated with that position, subject to drive-time infraction order priority.

Additionally, the car that achieves the fastest race lap in each class and each driver in the lineup will receive one bonus point. However, the single bonus point awarded to all drivers and teams that start the race has been eliminated.