Just one day after announcing that champion U.S. Porsche driver Andrew Davis will co-drive with Patrick Dempsey for the full 2014 IMSA TUDOR United SportsCar Championship season, Dempsey Racing officials announced Friday that factory Porsche Prototype driver Marc Lieb will be the fourth and final driver of the team’s No. 27 Porsche 911 GT America in the season-opening Rolex 24 At Daytona, January 23 – 26.

Lieb has victories in racing’s biggest events, including a recent win the GTE-PRO class at the 2013 24 Hours of Le Mans alongside Richard Lietz and Romain Dumas. Porsche then announced after the conclusion of last season that Lieb would be joining the Porsche 919 Hybrid LMP1 program for the 2014 World Endurance Championship. He also earned class wins at Le Mans in 2005 and 2010 and scored a 2004 SGS-class victory in the Rolex 24.

“We are excited about having Marc join our team,” said Dempsey, the popular Hollywood actor who is also a lead driver and owner of Dempsey Racing. “His knowledge and experience with Porsche will help us align ourselves with those who know how to win. I’m looking forward to learning from him and sharing seat time with him during the Rolex 24.”

Dempsey, Davis and Lieb will be joined in the No. 27 by Dempsey’s longtime co-driver and motorsports business partner Joe Foster. 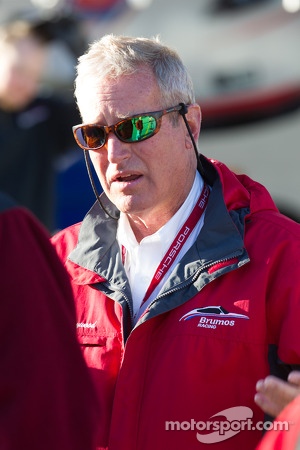 In other team news, American sports car racing legend Hurley Haywood, a five-time Rolex 24 At Daytona race winner, has joined Dempsey Racing as a consultant. Haywood brings his considerable endurance racing skills and experience to the team and joined them at Daytona on Friday.

“It’s quite an honor to have Hurley Haywood join us a consultant,” Foster said. “We can only hope that his experience with endurance racing can bring our team to a higher level. As well, having Marc Lieb with us in the No. 27 now gives each of our entries a Porsche factory driver as Klaus Bachler will be in the No. 28 Dempsey Racing/Konrad Motorsport entry.”

The sister No. 28 car will be co-driven by Bachler, a Porsche Junior driver, Christian Engelhart, Rolf Ineichen, Lance Willsey and team owner Franz Konrad at the Daytona opener. Both entries were put through their initial laps of the 2014 season Friday in a cold but productive opening day of testing at the Roar Before the Rolex 24 At Daytona.

“I’m really pleased with the way the team performed today,” Davis said. “Obviously, these are the first laps these cars have turned and the first time that all of us have worked together. I thought we were very smart in the way we made our changes and the car really improved with every change. We still have a long way to go and it’s hard to tell with the competition and what everyone is doing right now. We are just focused on the No. 27 car and making sure we maximize our own performance.”

Next up for Dempsey Racing is day two of this weekend’s Roar Before the Rolex 24 on Saturday, including the weekend’s only night practice. The IMSA TUDOR United SportsCar Championship returns to Daytona later in January for the season-opening Rolex 24 At Daytona, January 23 – 26.

Prototypes impress in first day of testing for Daytona 24