Hour 12: ESM hits the front ahead of Pruett 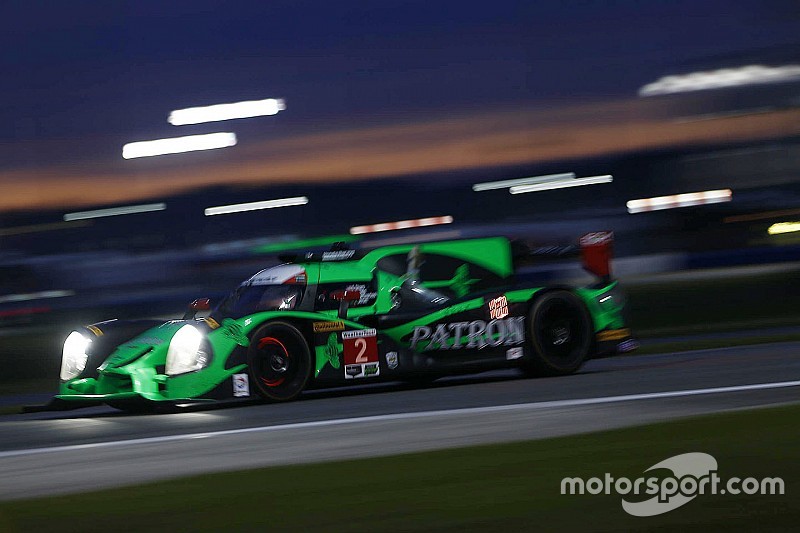 At the halfway mark, Extreme Speed's Ligier is picking up where Shank's Ligier left off.

Early in the hour, more problems befell the No. 55 Mazda team, which Tristan Nunez was forced to abandon at the side of the track with a steady flame rising from the tailpipes.

However, Pipo Derani passed Pagenaud and Angelelli to put the #2 ESM Ligier-Honda into second.

Then came a 14th full-course caution, caused by Thomas Gruber spinning the Highway to Help Riley-BMW and needing rescuing, gave everyone the chance for a reset. At the restart, Derani guided the ESM car into the lead, with Pruett, Pagenaud and Angelelli giving vain chase.

Nick Tandy’s 911 Porsche started the hour leading the #4 Corvette of Tommy Milner, followed by the Risi Competizione Ferrari, with Davide Rigon at the wheel.

The caution allowed Alessandro Pier Guidi’s Scuderia Corsa Ferrari 488 GTE in front of the Porsches, with Lucas Luhr fourth in the #100 BMW M6.

The unbelievable Lamborghini demise in the previous hour put the Spirit of Race Ferrari 458 at the front, being wheeled by Matteo Cressoni. Meanwhile the #23 Alex Job Racing Porsche plugged on in the top three, as it had for much of the race, now in the hands of Alex Ribeiras, but in third was Jorg Bergmeister’s Porsche, with Matt Bell fourth in the Stevenson Motorsports Audi R8.

However, Cressoni found himself demoted by both Riberas and Bergmeister in a great slipstreaming and outbraking battle. Then following the 14th yellow, Riberas ran in front of Paul Dalla Lana in the #98 Aston Martin, and Bell’s Audi.