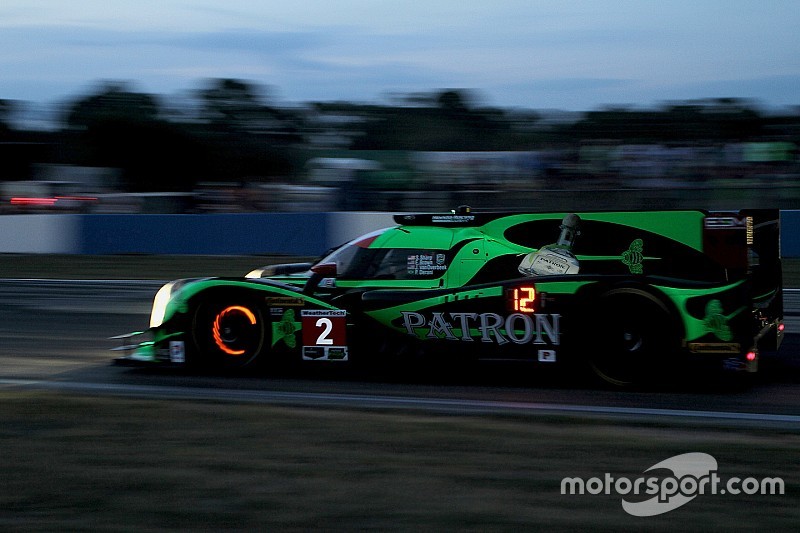 Steve Eriksen, VP and COO of Honda Performance Development, has said ending HPD’s P2 era with wins at Daytona and Sebring was the perfect send-off for the Honda marque.

The Ligier-Honda JS P2 run by Extreme Speed Motorsport and piloted by Pipo Derani, Johannes van Overbeek, Scott Sharp and Ed Brown clinched a last-gasp victory in the 12 Hours of Sebring on Saturday, adding to the team's triumph in the Rolex 24 at Daytona.

Eriksen commented: "HPD started prototype racing with an LMP2 class victory here at Sebring in 2007, and tonight closes out our 'P2 era' with overall wins at both Daytona and Sebring, one of the few times the same manufacturer has won both classic races in the same year.

"To win overall, at such a historic venue, after 10 years of sports prototype competition, is very, very rewarding, and makes us excited about the future of the category in North America."

How the race was won

Following the rainstorms that halted the race for 2hr15min, Sharp restarted the race in seventh position and worked his way forward but as the track began to dry, intermittent bursts of rain complicated tire strategy.

Finally, Sharp pitted from fourth and the team sent Derani out on slicks. When others followed suit, the ESM Ligier was back up to second, and van Overbeek took over driving duties before handing the car back to Derani in 4th with just over two hours to go.

The team made a fuel-only pitstop with 75mins left in order to gain track position as their principal rivals took tires as well. Emerging second, Derani needed just two laps to take the lead from the #31 Action Express Corvette DP, with one hour remaining in the race.

When the 12th caution came out with 36 minutes remaining, however, the four leading cars pitted and this time it was the ESM car that lost track position as it took on fuel and tires, while AX Racing saved time by leaving their cars on old rubber.

Thus Derani emerged from pitlane in fourth. However, he passed the #81 DragonSpeed Oreca-Nissan on the restart, and in the final 10 minutes outbraked both Action Express Racing Corvette DPs on consecutive laps to snatch the lead.

Commented Derani: "With only 10 to 15 minutes to go and still be in 4th was difficult to believe that we were going to make it. I can't believe it all happened like that. I had to make some really big moves, in a very short period of time.

"But I thought to myself, 'You have to go for it. Who knows when you will be in this position again?' In the end, it all worked out. The other guys fought hard, but with respect, and that was really nice. To have a race like that, at the end of a very long day and night, was very special."

Sharp admitted he did not think the win was possible, stating: "The team made some great strategy calls. We rolled the dice.

"At the end, both Ed [Brown] and I didn't think we had a car that could win. Coming out fourth, I thought third was probably the best we were going to get here. Pipo showed us we had more pace in the car than we thought we did."

Added Brown: "Pipo drove the wheels off the car for the last 20 minutes. He's amazing. The team was great, and so was the strategy that Oak called.

"Pipo was out there for an hour and a half on slicks when everybody else was on rains. He was running better laps than those guys. It's pretty crazy. What a great way to start the year. It kind of spoils you because you win the first two biggest races in the US."

An elated van Overbeek exclaimed: "Wow – The 36 Hours of Florida! ESM Patron has won overall at both Daytona and Sebring. It was certainly our objective coming here, but so many things can happen.

"We had the red flag, crazy weather, but everything ran flawlessly. Hats off to Pipo for driving one hell of a last stint."