The Motorsports Safety Foundation announced its formation in Sebring two weeks ago, and now that it's been made public, Henrique Cisneros is talking more about the plans of the organization.

The Motorsports Safety Foundation was first envisioned by Cisneros late last year after his friend and co-driver Sean Edwards died in a teaching accident at the Queensland Raceway in October. With an already tragic year with the loss of Edwards' friend Allan Simonsen at Le Mans, Cisneros said he was waiting for the motorsports world to react.

"Two top knotch professional sports car drivers passed away this year because of safety standards, I was waiting to see what happened, what the motorsports community would do, what the reaction would be from the FIA, what sort of changes would come of this," he said. 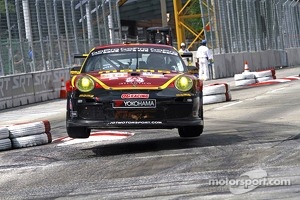 "It seems crazy that this happened so close together and nothing was going on. A couple months went by and nothing was happening, there were zero conversations about it, zero press releases and no rules changes."

Frustrated with the standard of safety being "swept under the rug," at many racetracks and by sanctioning bodies, the NGT Motorsports driver decided to take the matter into his own hands.

"It was very personal to me, Sean was a very good friend. No one is doing anything about it. We have to do it ourselves. Everyone is afraid to speak out about this stuff," Cisneros added. 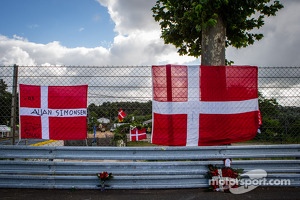 The Foundation has the support of some big names in the sports car world, including Dr. Jim Norman and Beaux Barfield, the IndyCar Race Director and NGT Strategist, but Cisneros said they are looking for anyone involved in the racing world, from drivers to marshals, media and team owners to be a part of the foundation and discuss their concerns in an open forum.

With an open sourced platform for members to air their concerns, Cisneros says there will be no shortage of problems to be tackled.

"We saw that there are hundreds of foundations out there, but they are all in their own little bubble, they all have these great ideas, but they can't go to a NASCAR or IMSA," Cisneros said.

"We can bring all these great minds together in one place and hopefully make some changes."

One important aspect of the Foundation Cisneros said is critical to avoid is becoming a whistle blower, or being viewed in a negative light. 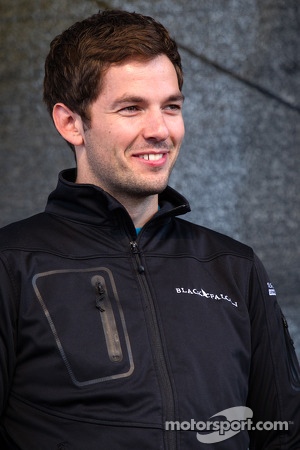 "Our approach is not be be a whistle blower. We want to help tracks, sanctioning bodies and drivers."

The first program the Motorsports Safety Foundation is spearheading is called Adopt-A-Corner. Much like the popular Adopt-a-Highway program seen all over the continent, the Foundation will be pairing sponsors with tracks which are in need of some safety improvements. In return, those sponsors will be given the signage in that particular corner for a certain period of time.

"We are excited about it, we think it has a lot of potential," said Cisneros.

"We hope that once we do a couple of these barriers, there will be a snowball effect." 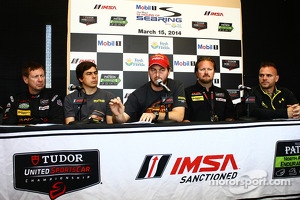 Cisneros is not concerned about the program failing, as he said there is too much money out there to be unsuccessful with such an important aspect of racing.

"The money is there. I was looking around the paddock and there are 300 million dollars in racing budgets there, but I am racing around a track with tires (barriers) from 1985," he said. "The funds are going to the wrong places. We need to make more noise."

For more information about the Motorsports Safety Foundation, visit www.motorsport-safety.org