Grand Prix of Kansas all about newness 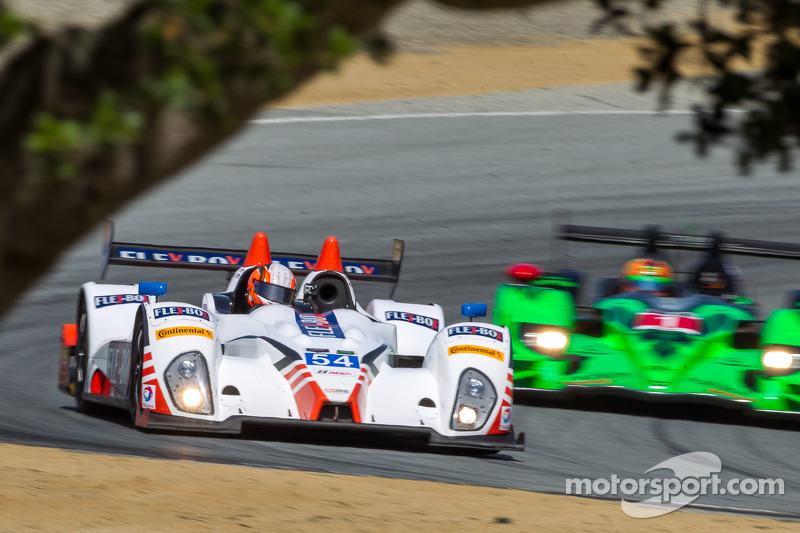 The PC class, which features pro/am driving tandems in “spec” Chevrolet-powered ORECA FLM09 open-cockpit cars, has been around for years.

KANSAS CITY, KANSAS – So much will be new and unique in Saturday night's Grand Prix of Kansas that competitors could probably leave the notebooks back at their shops and instead just bring a 3-by-5 note card or two with them to Kansas Speedway this weekend.

In fact, so much about the TUDOR United SportsCar Championship event to be held on the speedway’s 2.37-mile infield road circuit will be new that Prototype Challenge class driver Colin Brown is dead certain about only one thing.

“My strategy; it will pretty much be to mash it and go,” said Braun, who shares the PC points lead with Core Autosport co-driver Jon Bennett. “For all of us drivers, it’s an all-new thing to try to figure out.” 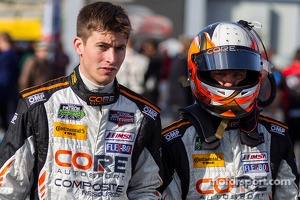 The PC class, which features pro/am driving tandems in “spec” Chevrolet-powered ORECA FLM09 open-cockpit cars, has been around for years. It was launched by the American Le Mans Series as a ladder series.

When the ALMS merged with the Rolex Sports Car Series to debut this season as the TUDOR Championship, the PC class carried over intact.

The PC series is, however, new to the Kansas road circuit as the facility’s only other sports car race was last year’s Rolex Series event.

Not only will the track itself be new to the PC teams and the vast majority of its drivers, but so too will be the format of the Kansas Grand Prix.

The racing will be broken into two segments. Each segment will be timed at 45 minutes. The two segments will be separated by five hours and 15 minutes – the first segment will start at 4:15 p.m. CDT, and the second at 10:15 p.m. In between, the Continental SportsCar Challenge Series will hold a 2.5-hour race.

“Gentleman drivers” will be required to race the PC cars in the first segment. In the second segment, the pros, like Braun – whose experience at Kansas is limited to NASCAR races on the 1.5-mile oval – will be able to drive.

No championship points are awarded for the first segment but the finishing order determines the starting grid for the points-paying second segment.

“It’s a little bit of a, let’s see, what’s the right word for it, strange; it’s a strange format for us,” Braun, whose team won the first two PC events of the season – at Daytona and Sebring – before suffering suspension damage in the last event, at Laguna Seca, said. “For sports car endurance racing teams to come into a two-segment sprint race format is something that will be interesting, though I’m not exactly sure what to expect.”

Excitement and interesting racing is exactly what the IMSA sanctioning body had in mind in developing the format for Kansas.

“We wanted to do something unique and special for Kansas,” said Scot Elkins, IMSA’s vice president of competition and technical regulations. “It fills the bill in terms of additional value for fans.”

It also allows the series, Elkins said, to fill a hole in its schedule by holding two races on the same weekend.

In the segmented race, the 10 PC cars will be joined on the track by cars from the Cooper Tires Prototype Lites Series. The Lites are considerably slower than the PCs and the drivers generally are less experienced.

Paul Gentilozzi, the owner of RSR Racing’s PC operation, says, yes, it could make for two segments of excitement.

“I’m a little concerned,” Gentilozzi, a veteran owner and former driver in everything from CART to the old Trans-Am Series, said. “There is a 25-mph differential. There could be real problems in Turn 1 (where the cars leave the oval and head into the infield) and what I call ‘The Boot’ (a high speed sharp turn in the infield).”