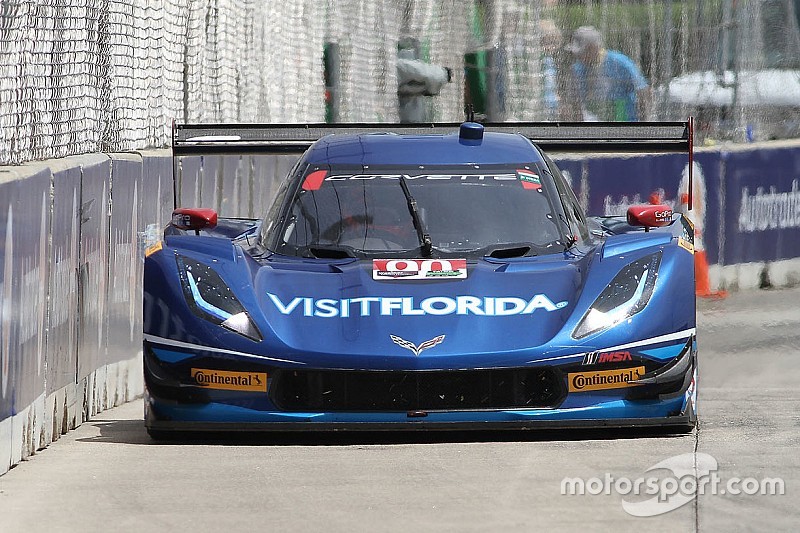 Goossens will take the No. 90 Visit Florida Corvette DP for the traditional run up the hill that is the competition focal point for the event.

Daytona Beach, Fla. – Visit Florida Racing and driver Marc Goossens will return to England this weekend as the team participates in the Goodwood Festival of Speed. The annual event, staged at Lord March’s estate in southeast England, is a celebration of all things automotive and attracts some of the most compelling machinery on earth.

Goossens will take the No. 90 Visit Florida Corvette DP for the traditional run up the hill that is the competition focal point for the event. The visit to Goodwood is the second for Visit Florida Racing, which represented IMSA in its 2013 “run up the hill” with a Daytona Prototype.

The team arrives at Goodwood fresh from a trip to Le Mans, where team owner Troy Flis conducted several meetings ahead of finalizing the team's 2017 plans, while members of the Visit Florida Racing marketing department were on hand to consider options and plans for a possible presence in the event in 2017. Goossens drove at Le Mans, joining fellow IMSA WeatherTech SportsCar Championship regulars Ben Keating and Jeroen Bleekemolen with Murphy Prototypes in the LM P2 class.

“I look forward to driving at Goodwood again and to represent Visit Florida during this great event,” Goossens said. “This is only my second time to drive up the hill (he drove a Jaguar XK120 previously). This year will be awesome as we are taking the Corvette DP to the UK and we will give some passenger rides to our Visit Florida guests.”

Visit Florida Racing will be seeking its third consecutive victory in the Sahlen’s Six Hours of The Glen, where Goossens will join Ryan Dalziel in the No. 90 Corvette DP.