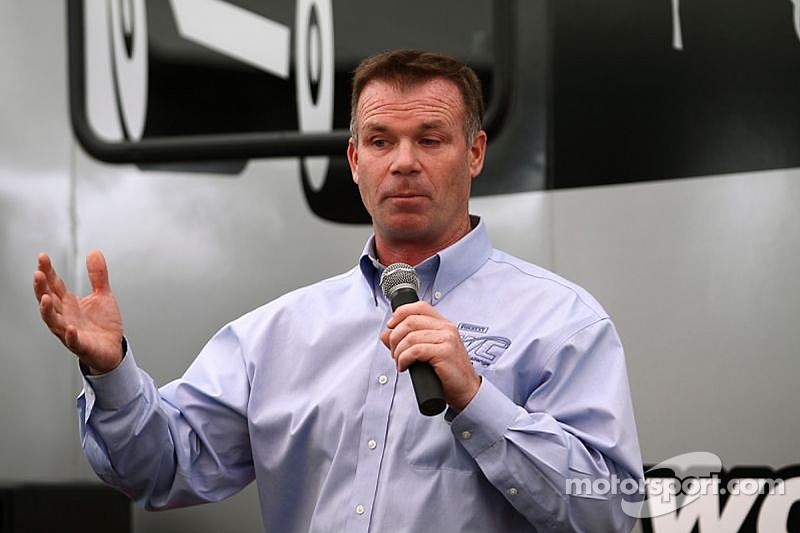 Indianapolis native has a 25-year history in most every aspect of racing.

DAYTONA BEACH -- When Geoff Carter left the Pirelli World Challenge series last year as its competition and race director, he hinted that he may have an opportunity to make a major move in the near future.

That move turned out to be to Daytona Beach, Florida – literally, that’s where the Charleston, South Carolina resident is heading – to be the new TUDOR United SportsCar Championship Series Manager, reporting to IMSA Managing Director, Racing Operations Simon Hodgson.

Indirectly, he is replacing Scot Elkins, IMSA Managing Director, Technical Regulations, who has resigned from IMSA and will be the new race director for the Pro Mazda Championship Presented by Cooper Tires and Cooper Tires USF2000 Championship Powered by Mazda.

That Carter would end up at Daytona working for IMSA should come as no surprise to anyone who has followed his career. Carter’s father, a doctor, was on the medical staff for races at the Indianapolis Motor Speedway, and at age 6, the youngster accompanied his dad to the track.

Where, Carter said, “I met Mark Donohue, and saw the coolest race car ever, the Sunoco Porsche, and I made the decision on the spot: I would be involved somehow in racing.”

On which side of the steering wheel the Indianapolis native would end up was decided for Carter, who turns 50 next week. At age 26, “I nearly killed myself in a kart race. Seriously. Broke a bunch of ribs, had my right lung removed. I sleep on my right side, and I can still feel it.”

He went back to kart racing briefly, where he met Richie Simon, who worked for his father, Dick Simon, running race teams. He convinced Carter, who did all the work on his own cart, to start working for pro race teams, and his first job was as a front-end mechanic for an Indy Lights car.

He applied for a job with Steve Horne, who asked him to send a photo of his tool box, “The weirdest request I’ve ever gotten for a job interview,” Carter said. He quickly borrowed his dad’s credit card, bought a $500 tool Craftsman took set from Sears, “and then I stayed up all night putting it together for the photo.”

It worked, and Carter never looked back. He wrenched for Starworks, Chip Ganassi, Forsythe Racing, ran Greg Pickett’s Muscle Milk race team, and eventually landed at Pirelli World Challenge, where he realized he was pretty good working on the administrative side.

IMSA essentially created a job for Carter, where he will be the chairman of a competition committee, which will discuss, and then decide, on issue like “Balance of Performance” adjustments. The IMSA Technical Committee. The committee will be responsible for the administration of technical aspects of IMSA racing platforms including the Adjustment of Performance (AoP) associated with the TUDOR Championship.

“Geoff Carter has tremendous experience and earned the respect of competitors throughout our sport,
making him an excellent addition to the highly experienced group we’ve assembled in our competition
department,” said IMSA President Scott Atherton. “His leadership, experience and personal style will be a
great addition to our paddock and will be well received by our teams, drivers and manufacturers. Geoff
also will be instrumental as we establish the IMSA Technical Committee, which will be focused on
maintaining consistent and frequent dialogue with all of our competitors.”

“This is the pinnacle,” Carter said. “To have an opportunity to come here and work in this series -- it’s a natural progression for me as I have worked my way up the food chain in my career. At a certain level in this sport, there are only so many places you can go, and this is the best place.

“And I really appreciate the opportunity. The job they have created for me is right in my wheelhouse. The structure, the resources here – it’s an opportunity I couldn’t pass up. I feel like I can really put some roots down, and make a home here.”

Risi Competizione team successfully complete their set up at Daytona