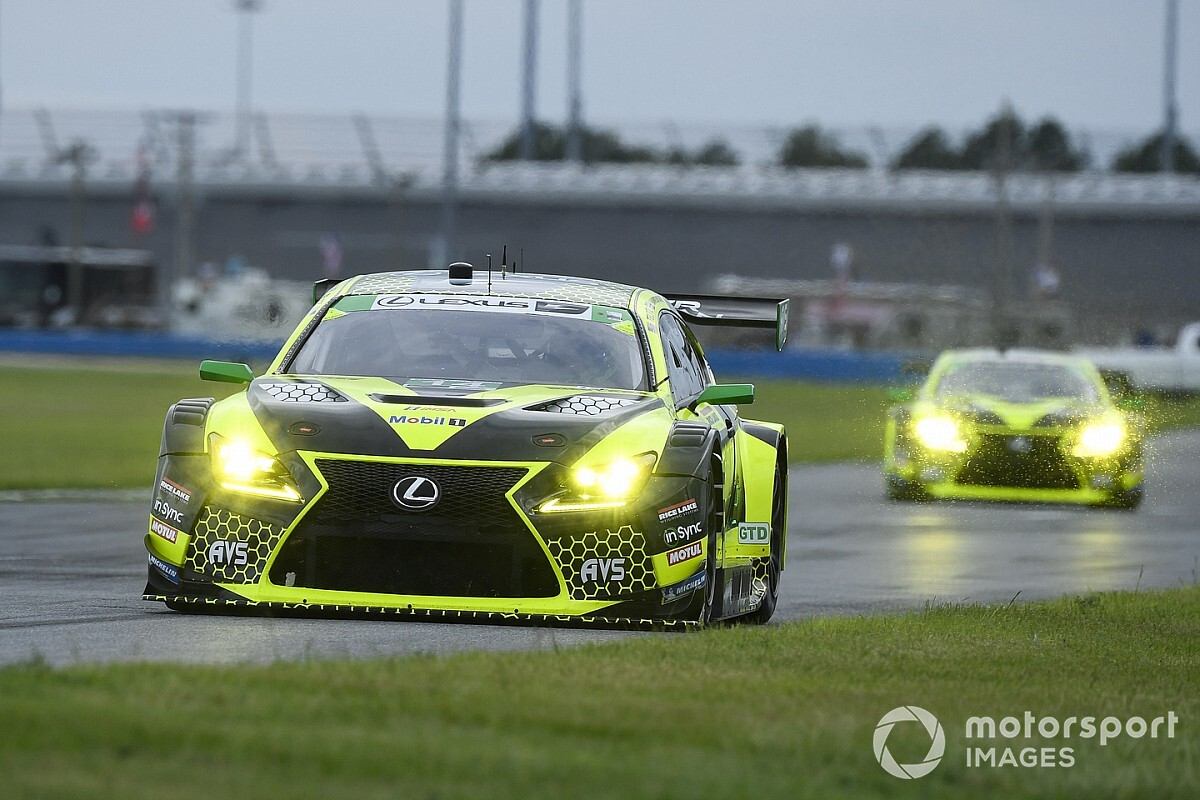 Oliver Gavin and Townsend Bell will be part of Vasser Sullivan Racing’s line-up for this month’s Rolex 24 Hours at Daytona.

For Bell, it is a return to the team for whom he raced (and won) in 2020, but for Corvette Racing legend Gavin, it is a surprising breakaway from his GM roots.

Bell will join Zach Veach and erstwhile fulltime teammate Frankie Montecalvo in the #12 Lexus RC F, while Gavin will team up with Jack Hawksworth and Aaron Telitz in the #14 entry.

This will mark the first season for the Jimmy Vasser-James ‘Sulli’ Sullivan owned team without AIM Autosport.

Gavin has a Rolex 24 victory in the GTLM class with Corvette among his 49 IMSA wins, but has also won the 24 Hours of Le Mans five times.

He said: “I’m quite pumped to be joining Vasser Sullivan for the Daytona Rolex 24 and I’m excited to compete in the GTD class taking on the challenge of trying to win another Rolex!

“I’m joining a great driver lineup with Jack and Aaron in the #14 Lexus RC F GT3 and will be looking for my 50th win in IMSA; I can’t wait to get started!

“Really looking forward to driving the Lexus, and big thanks to Jimmy and Sulli for having me on board to compete in the Rolex 24.”

Bell won his class at Daytona in 2014, clinching GTD honors, and clinched GTE Am victory at Le Mans two years later. He was also part of the Lexus line-up that clinched second on the Vasser-Sullivan team’s debut at Daytona in 2019.

“I’m very happy to be competing for the Vasser Sullivan Lexus family in the 2021 Rolex 24 at Daytona,” said Bell. “We’ve had a lot of success there, including finishing first and second last year in the Daytona sprint race and placing second in the team’s debut at the Rolex 24 in 2019.

“We are all committed to continuing and building on that success and I am looking forward to driving again with Frankie and working with Zach Veach as he transitions to sportscars.”

Vasser and Sullivan issued a joint statement: “We are super excited to announce that Townsend Bell and Oliver Gavin have agreed to drive Vasser Sullivan Lexus entries at the Rolex 24 at Daytona.

"Both are extremely experienced, veterans of sports car racing and the Rolex 24 and have shown they are winners. We look forward to their contributions to the team as we pursue a win in the GTD class in this prestigious and historic race.”