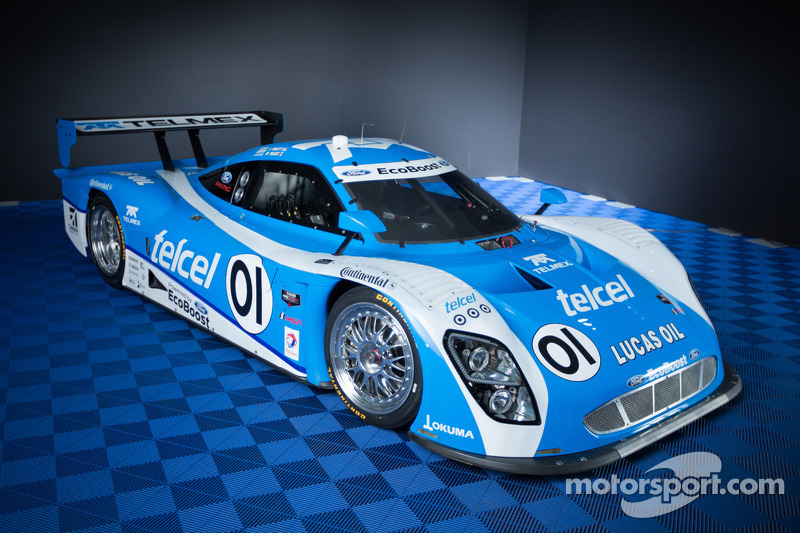 The announcement was made Tuesday during the Ford press conference at the Specialty Equipment Market Association (SEMA) Show. 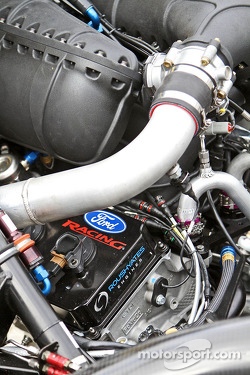 Ford EcoBoost branding has appeared on various Ford race cars around the world the past two seasons as part of a strategy to raise brand awareness of the growing Ford line of production engines, which are now available in 1.0-liter, 1.5-liter, 1.6-liter, 2.0-liter and 3.5-liter versions.

"This opportunity with our racing program will highlight the core advantages of Ford’s EcoBoost technology -- its unbeatable combination of performance and fuel economy,” said Jim Farley, Ford executive vice president, Global Marketing, Sales and Service and Lincoln. “Chip’s sports car team is a champion in the sport, and we look forward to having Scott Pruett behind the wheel of a Ford again showcasing the modern technology and advantages of EcoBoost, on and off the track.”

Ford celebrated the building of its two millionth EcoBoost engine in September, and now versions of the award-winning powerplant are available in 90 percent of the vehicles Ford offers to consumers.

“This new Ford EcoBoost race engine shares 70 percent of its parts with the 3.5-liter V6 engine that a customer can buy today in their Taurus SHO,” said Jamie Allison, director, Ford Racing. “This is Ford engine technology at its best – direct injection, turbocharging and high efficiency. And there may not be a better place to continue to develop and improve it than endurance sports car racing.”

Chip Ganassi Racing is one of the most well-known teams in professional racing today, fielding six major entries across the IZOD IndyCar, NASCAR Sprint Cup and USCC race series.

“We are very excited to be switching to Ford power for our sports car program,” said Chip Ganassi. “Over the last 10 seasons we have been able to experience a great deal of success in GRAND-AM and now with the dawn of the new United SportsCar Championship we feel that Ford power will be a key ingredient to writing the next chapter of our sports car program. I can’t wait for the 24 hours at Daytona to get here.”

With CGRFS, Ford adds a team that has not only won 17 championships at the top levels of North American motor sports, but also has five Rolex 24 At Daytona wins to its credit, including a win in January.

“Partnering with Chip and his championship-caliber organization in this new sports car series is a critical ingredient to our Ford EcoBoost program in USCC,” said Allison. “Chip's team has a legacy of winning in endurance sports car racing, excellent technical capabilities, and race proven experiences– all elements we were looking for to field our Ford EcoBoost racing program.

“All of us at Ford and Ford fans are thrilled to have Scott Pruett return to Ford at this stage of his career. He is a champion, and his record as a driver speaks for itself, and we know he will be a great asset as we develop this program in the coming years.”

Pruett returns to Ford, where he started in 1985 with two races in the IMSA GTO series. He was signed to run full-time as a Ford factory driver in 1986 and promptly won four IMSA and SCCA Trans-Am championships in three years before moving to Indy car racing. 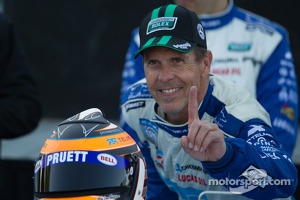 His two career Indy car wins also came with Ford power, and his one full season in the NASCAR Sprint Cup Series came behind the wheel of a Ford Taurus.

“Coming back to Ford is the perfect way to bookend my career,” said Pruett. “To be honest, without Ford, there is no Scott Pruett. Ford gave me the chance to drive my first real race car – the front-engine Mustang GTP in 1983 – and then they were willing to take a chance on me when no one else did in 1985 and 1986.

“It’s exciting to be back with them to work on an exciting new program like the Ford EcoBoost engine effort. I can’t wait to get behind the wheel in off-season testing and feel what I have been hearing all about.”

Michael Shank Racing was the first team to sign up to campaign the engine, and MSR recently took the engine and the new-look Daytona Prototype car – created with Ford corporate design influence – to Daytona, where driver Colin Braun set a new closed course speed record of 222.971 mph, as well as FIA records for standing start 10-mile and 10-kilometer runs.