As many as five drivers could be in the running for the seat left vacant by Oliver Jarvis at 2022 IMSA WeatherTech Sportscar Championship title winner Meyer Shank Racing.

Team boss Mike Shank has confirmed that he will choose a teammate for Tom Blomqvist from one of the drivers the Acura team has tested over the past couple of months.

Shank refused to name the drivers, but it is known that Neel Jani, Colin Braun, Patrick Pilet, Felipe Fraga and Mario Farnbacher have all been given a try-out in either an Acura ARX-05 DPi or the new LMDh ARX-06 that will race in IMSA's GTP class next year.

“We will choose from the list of guys we’ve tested,” Shank told Motorsport.com. “We hope to announce who will be with Tom shortly, definitely before the end of the month.”

Shank said he was “looking for attitude and aptitude” in the full-season partner for Blomqvist, who is remaining at the team for a second campaign.

“I am being very picky and specific, but I’m looking for the kind of driver who is going to roll around in the dirt for the team and fight for what we need at the end of the race,” he continued. 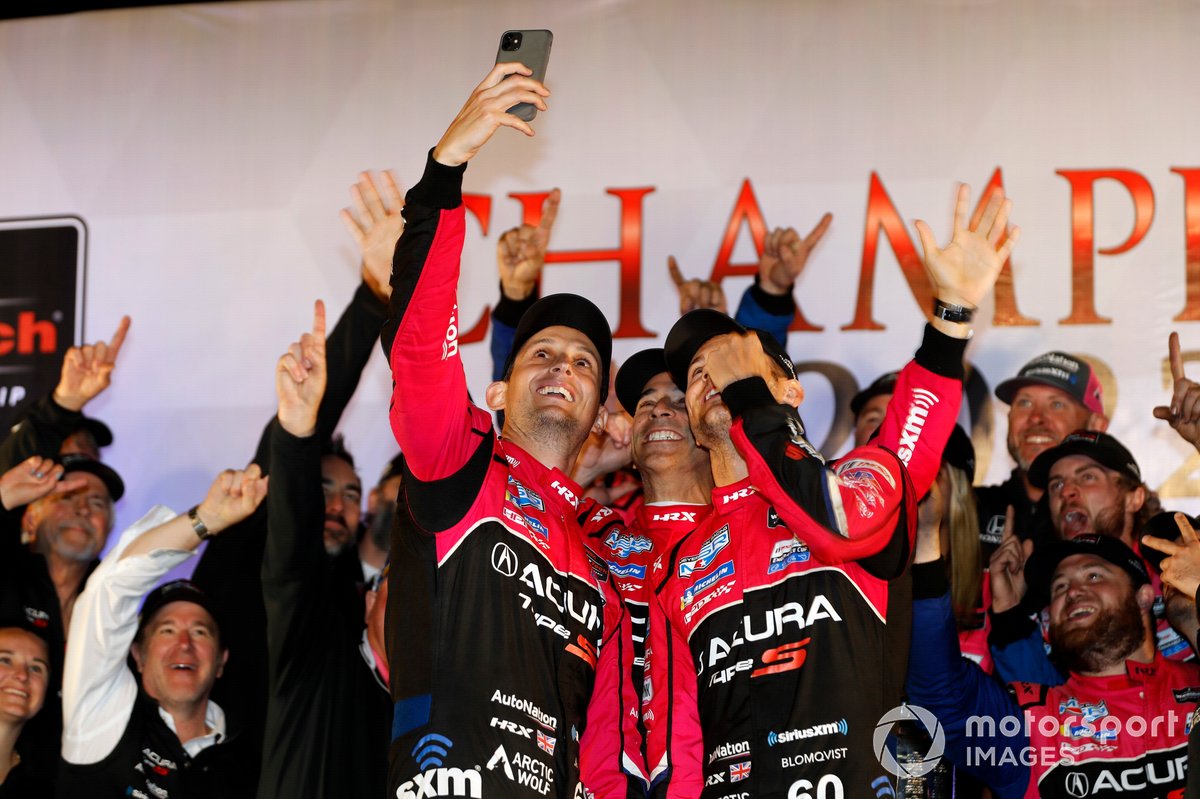 What isn’t clear is which of the five remain in contention at the team that took the final IMSA title of the DPi era at Petit Le Mans at Road Atlanta last month.

Braun, a two-time overall race winner in both IMSA and Grand-Am, and Jani, victor at the Le Mans 24 Hours in 2016 with Porsche, were the most recent drivers to test for Shank.

Shank refused to be drawn on the reasons for Jarvis’s departure from the team after a season in which he and Blomqvist won the Rolex 24 at Daytona and Petit Le Mans IMSA enduros as well as the title.

His only comment was: “I haven’t actually told Olly 100 percent that he’s not driving for us.”

That backs up information obtained by Motorsport.com that Jarvis opted to commit for a full season with United Autosports in the FIA World Endurance Championship after Shank let the deadline on taking up the option on his services for 2023 pass.

Jarvis’s full-time commitment to United would preclude a defence of his IMSA crown, because there are a pair of date clashes with WEC, not including the two series’ races at Sebring on consecutive days.

Blomqvist will be teamed with Jarvis and Josh Pierson in the WEC in one of United’s Oreca 07 LMP2s, but his contract with Shank takes preference over his WEC deal.

Shank has already announced that its two IndyCar Series drivers, Helio Castroneves and Simon Pagenaud, will again join its sportscar squad for the IMSA enduros.

Castroneves will race the ARX-06 at Daytona, Sebring and Petit Le Mans, with Pagenaud coming in as the fourth driver for the season opener.