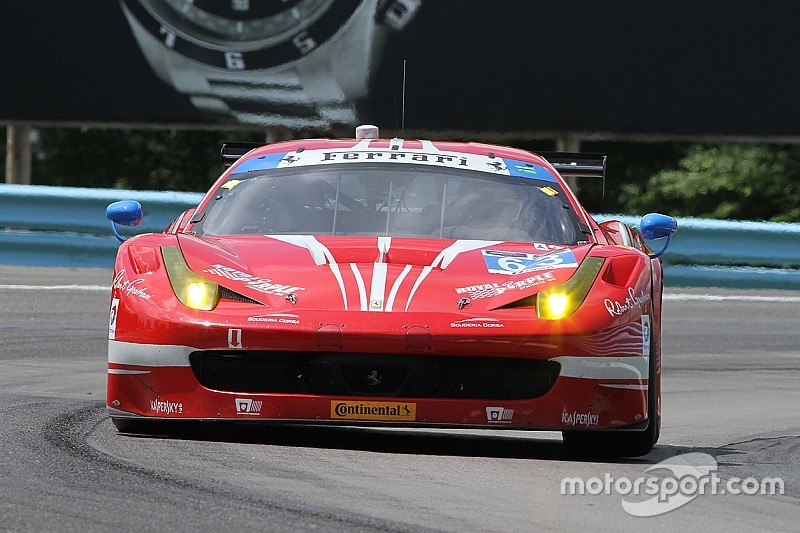 June 28, 2015 (Watkins Glen, N.Y.) – Sunday’s Six Hours of the Glen, one of North America’s most important endurance races, featured cold temperatures and intense rain which at one point put the endurance race under red flag conditions. Not only was the Six Hours of the Glen the mid-point of the 2015 United SportsCar Championship, but the round at Watkins Glen International in Watkins Glen, New York marked the third event of the North American Endurance Cup.

While Risi Competizione and Scuderia Corsa competed in the endurance classic in Watkins Glen, the R. Ferri Motorsport team competed in a trio of Pirelli World Challenge races at Road America in Elkhart Lake, Wisconsin. Olivier Beretta drove the no. 61 R. Ferri Motorsports Ferrari 458 Italia to a third place finish in Sunday’s race in the GT class.

The next round of the USCC will be at the Canadian Tire Motorsports Park in Bowmanville, Ontario, Canada on July 10-12. The PWC will compete next at the Mid-Ohio Sports Car Course on July 31-August 2.