Will Ferrari cap off its 60th Anniversary year in North America with a championship three-peat?

Ferrari is synonymous with competition. In fact, the legendary Italian auto manufacturer exists because a young Enzo Ferrari needed to fund his beloved Scuderia Ferrari racing team. By offering production cars for sale – and rather reluctantly so – Enzo could pursue his passion. The rest of the story is, of course, history.

Not surprisingly, North American sports car enthusiasts were not to be denied the thrill of owning an exotic sports car. Luigi Chinetti, who famously drove a Ferrari 166M for 23 ½ hours to win the 1949 24 Hours of Le Mans, saw the opportunity. In 1964 he became the company's first sales agent in North America. Chinetti had already established his North American Racing Team (NART), which would put Ferrari on the domestic competition map by participating in the country's most important endurance races, including Daytona. A shared passion for and support of motorsports between the marque and its dealers has been part of Ferrari North America's racing foundation ever since. 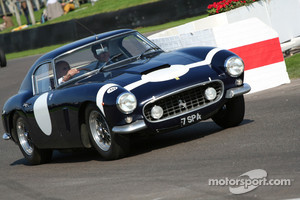 Ferrari's official arrival in North America didn't arrive on the scene quietly: that same year, NART won the Daytona Continental 2000km with a Ferrari 250 GTO driven by Phil Hill and Pedro Rodriguez. This win came on the back of a class victory in 1962 in the Daytona Continental (Sir Stirling Moss in a Ferrari 250GT) and an overall victory for Rodriguez in 1963 in a 250 GTO.

1967 would bring Ferrari's most famous moment at Daytona. Against the might of the Ford factory at the height of the Ferrari and Ford battles at Le Mans, Ferrari scored a one-two-three overall finish in the Rolex 24 At Daytona. Chris Amon and Lorenzo Bandini won the race with Mike Parkes and Ludovico Scarfiotti finishing second in a pair of factory-entered Ferrari 330 P4s, with Pedro Rodriguez and Jean Gichet finishing third in a NART-entered 412P. The photo finish remains one of the most famous images of Ferrari motorsport. In fact, the result led Ferrari's new 365 GTB/4 to be nicknamed the "Daytona." 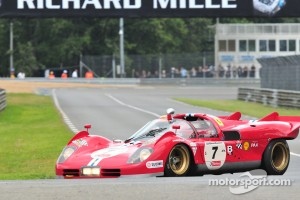 In 1972, two Ferrari 312PBs finished first and second in a one-time, six-hour race at Daytona. Mario Andretti and Jackie Ickx teamed in the winning car, with Tim Schenken and Ronnie Peterson finishing second.

The 365 GTB/4 "Daytona" achieved success at Daytona throughout the 1970s. A NART-entered 365 GTB/4 finished second overall – winning its class – in 1973, piloted by Milt Minter and Francois Migault. In 1979, five years after production of the 365 GTB/4 ended, John Morton and Tony Adamowicz drove their Otto Zipper-entered car to a fine second overall, winning the GTO class. The red Ferrari raced with a black stripe across its hood to commemorate Zipper, who sadly passed away the night before the race.

An interesting footnote in the history of the Ferrari 365 GTB/4 "Daytona" came in 1977, when actor and racer Paul Newman teamed with Milt Minter and Elliot Forbes-Robinson to drive a 365 GTB/4 to fifth overall and third in the GTO class at the Rolex 24 At Daytona. 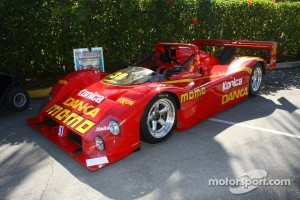 The rare and beautiful Ferrari 512 BB/LM also deserves a special Daytona historical note: three cars were entered in 1979, but after one suffered a high-speed tire failure on the banking, the other two cars were withdrawn. Nonetheless, the 512 BB/LM continued to appear at the Rolex 24 At Daytona in the coming years – leading the 1983 race against the mighty onset of the emerging IMSA GTP class.

It would be some time before Ferrari again battled at Daytona, but what a return it made in 1996 with Gianpiero Moretti's famous MOMO-liveried Ferrari 333SP. A late-race charge by 'Mad' Max Papis earned Papis his nickname as he drove the MOMO-liveried car to second place overall in what was then the closest finish in the Rolex 24 At Daytona. Moretti would have to wait two more years to win - in 1998, his 15th attempt brought him his first victory at Daytona in his 333SP.

Another surprise finish for a production-based Ferrari came in the 2003 Rolex 24, when a 360 Modena entered by Risi Competizione and driven by Ralf Kelleners, Anthony Lazzaro, and Johnny Mowlem finished second overall. 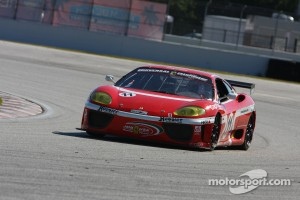 Before the 2012 season, at the behest of Ferrari North America, the GT3 version of the Ferrari 458 Italia was modified to comply with GRAND-AM rules and returned Ferrari to competition at Daytona. That first year, Ferrari 458 Italia GRAND-AMs finished in fifth (Risi Competizione) and eighth (AIM Autosport Team FXDD). AIM Autosport, and drivers Emil Assentato and Jeff Segal, went on to win the GT-class championship and clinched Ferrari's first GRAND-AM manufacturer championship.

Last year's Rolex 24 At Daytona saw the no. 69 Ferrari 458 Italia entered by AIM Autosport claim third position on the final lap, securing Ferrari's first podium at Daytona in nine years. Just behind in fourth position was the No. 63 Scuderia Corsa 458 Italia. The race marked the beginning of a season-long streak of solid results for Scuderia Corsa. The team claimed their first Rolex Series team and driver championships, and Ferrari earned its second consecutive manufacturer championship.

Continuing in the tradition established by Chinetti, the Scuderia Corsa team has close ties to Ferrari dealerships. Team owners Giacomo Mattioli and Art Zafiropoulo are partners in the Ferrari Silicon Valley dealership, while Mattioli also owns the Ferrari Beverly Hills dealership. Risi Competizione, which will field a Ferrari 458 Italia in the GTLM category, is owned by Ferrari of Austin and Ferrari Maserati of Houston dealer Giuseppe Risi.

Will Ferrari cap off its 60th Anniversary year in North America with a championship three-peat? If history is a guide, Ferrari will again thrill TUDOR United SportsCar Championship audiences with memorable racing – and potentially all new chapters in its motorsports history book.