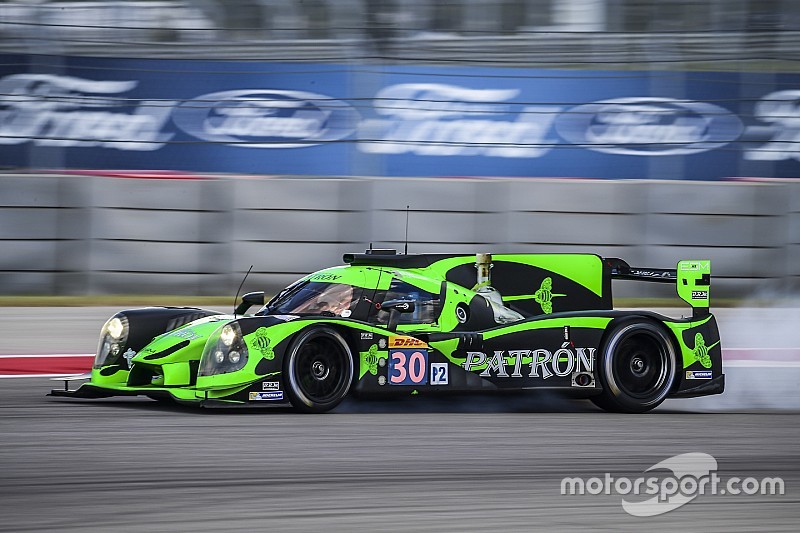 The Tequila Patron ESM squad has announced its drivers for the 2017 IMSA WeatherTech SportsCar Championship, and will be joined by Porsche LMP1 driver Brendon Hartley for the Rolex 24 at Daytona.

ESM returns to the US-based series full time in 2017 following its exit from the FIA World Endurance Championship, and will field a pair of Ligier JS P217-based prototypes built to the new DPi ruleset with backing from Nissan.

It will kick off its campaign next month at Daytona, where it will attempt to defend the title earned last year by Scott Sharp, Ed Brown, Pipo Derani and Johannes van Overbeek - who are also the reigning winners of the Sebring 12 Hours.

Sharp and Ryan Dalziel will share the team's #2 entry for the full season, joined by former ESM WEC regular Derani for the four marquee races that make up the North American Endurance Cup.

The #22 car, meanwhile, will be campaigned by Brown and van Overbeek, with Bruno Senna - who raced a Ligier for RGR Sport by Morand in WEC's LMP2 class last year - coming on board for the four NAEC rounds.

Additionally, ESM has confirmed Hartley in the #22 entry for next month's Rolex 24 at Daytona.

The Kiwi is no stranger to the American classic, having made his debut in the race back in 2013. This year, he finished fifth overall in a Chip Ganassi-run Riley alongside Lance Stroll, Alexander Wurz and Andy Priaulx, Hartley's best finish in four attempts.

"I’m very much looking forward to Daytona and working with ESM," said Hartley. "They have put a great line up together and I’m sure we have a good chance of defending ESM’s win from 2016.

"I love racing in the US and especially at Daytona, this is one of the most competitive races in the world next to Le Mans. A big thanks to ESM for the opportunity and to Porsche Motorsport LMP team for letting me do the race.

"As well as being a good opportunity it’s also great preparation for my World Endurance Championship campaign."