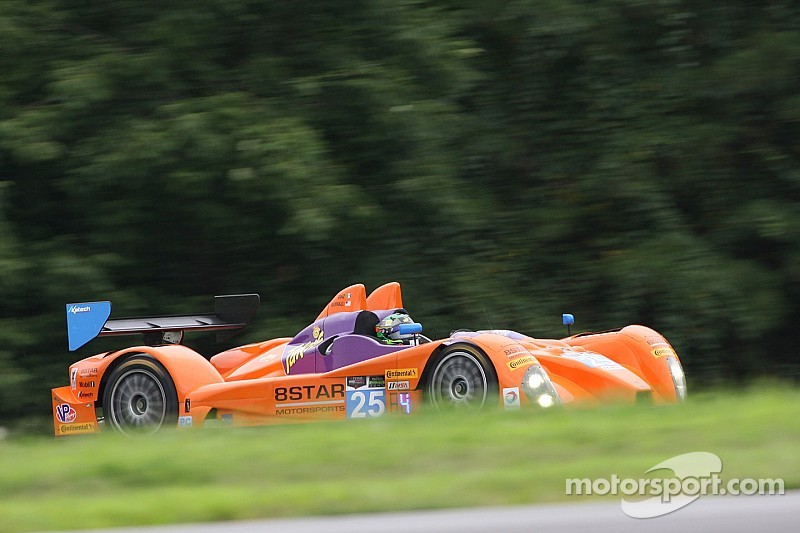 Luis Diaz didn’t want to worry about doing the math on Sunday at Virginia International Raceway. One day after Sean Rayhall led flag-to-flag from the pole to win the opening 45-minute segment of the TUDOR United SportsCar Championship Prototype Challenge (PC) doubleheader at the Oak Tree Grand Prix, Diaz went flag-to-flag to capture the second segment and secure the overall victory.

The pair drove the No. 25 8Star Motorsports Takis/Speedsters ORECA FLM09 to its first triumph of the season in the unique race, which combined points earned on both days to determine the final result.

“My plan was to stay out front,” Diaz said. “I’m not very good with math, that’s why I’m a race car driver. I was thankful the yellow flag came out. I know Colin was stronger than me, and we didn’t have to fight against this good driver.”

Bruno Junqueira, Colin Braun and Renger van der Zande all took turns holding second place in the competitive event, which ended under caution when Junqueira spun into the Turn 7 tire barrier in the closing minutes.

James French (third on Saturday) and David Ostella (fifth on Sunday) finished second in the combined standings, driving the No. 38 Performance Tech Motorsports ORECA FLM09. They were followed by Braun (second on Sunday) and Jon Bennett (seventh on Saturday) in the No. 54 CORE autosport entry.

“It would have been fun to race Luis at the end, but that’s the way it goes,” Braun said. “It was certainly exciting racing.”

Four-time winners in 2014 PC competition, Braun and Bennett unofficially lead van der Zande by 40 points, 255-215, with two races remaining. The next TUDOR Championship PC event will be at Circuit of The Americas in Austin, Texas, on Saturday, Sept. 20.