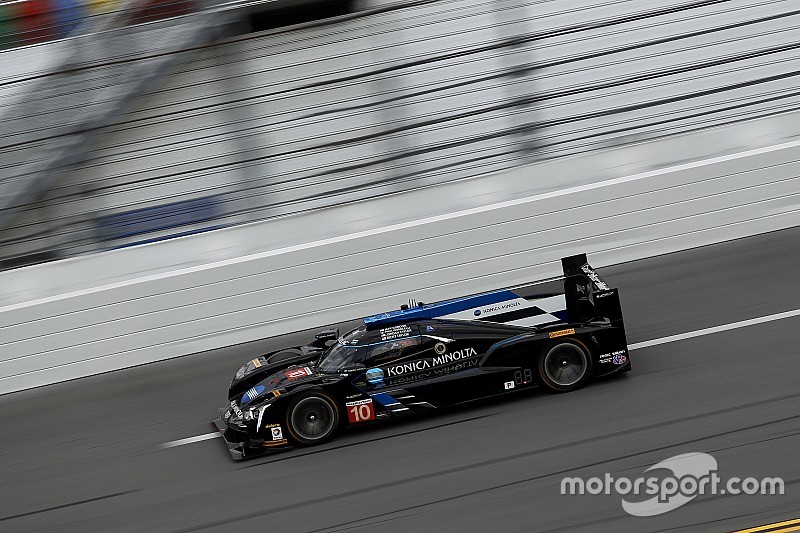 Max Angelelli gave Wayne Taylor Racing the fastest time in Thursday night practice ahead of the Rolex 24 Hours at Daytona.

Angelelli's quick time of 1:37.757 was 0.148 seconds clear of pole-sitter Joao Barbosa in the Action Express Cadillac.

The Tequila Patron ESM duo followed with Brendan Hartley third and Scott Sharp fourth. At the tail-end of the top five was the other Action Express Cadillac, driven by Dane Cameron.

The DragonSpeed ORECA has still yet to return to the track after their crash in practice earlier today, which is forcing them to replace the tub of the machine.

Patrico O’Ward was the top PC driver for Performance Tech Motorsports, a full 0.824 seconds ahead of their nearest rival.

Ford is continuing to show immense strength in GTLM with Ryan Briscoe putting the No. 67 at the top with a 1:44.242. He was trailed by the Porsche 911 teammates.

Speaking of Porsche, the marque set the pace for the massive GTD field , courtesy of Park Place Motorsports and Jorg Bergmeister (1:48.084).

The 90-minute session was relatively clean with two red flags halting the practice. The first was for NASCAR icon Jeff Gordon, who went for a spin in the Wayne Taylor entry. Later in the session, the No. 16 Change Racing Lamborghini Huracan stopped on track near the Bus Stop.

The fourth practice session is planned for 10am, ET. Friday.