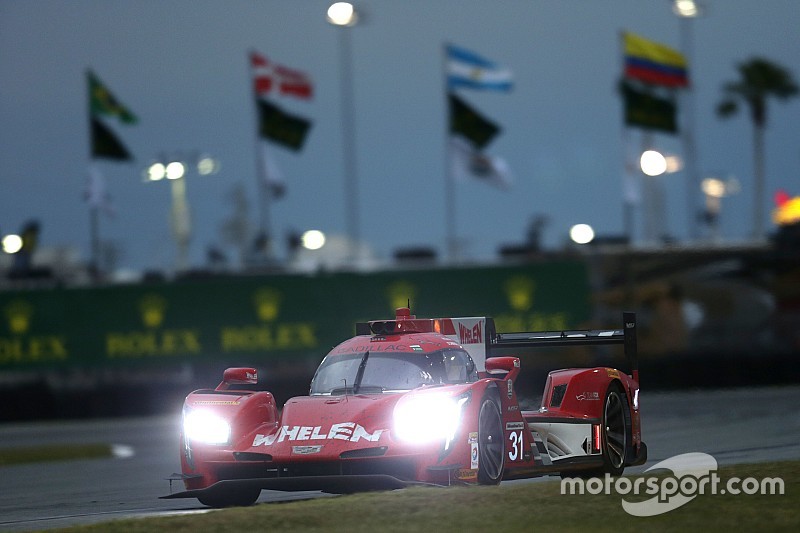 The No. 31 Action Express Racing Cadillac lost six laps behind the wall during the eighth hour of the Rolex 24 Hours at Daytona.

That wasn't the end of the Action Express team's issues either. The No. 5 was leading overall, but lost two laps after a tire issue and bodywork changes. That allowed Jeff Gordon to get out front before handing off the car to Ricky Taylor. With issues befalling the third Cadillac in the race, Tequila Patron ESM has been able to move up into the top three with the No. 22, piloted by Bruno Senna.

Montaplast by Land-Motorsport's Connor De Phillippi was giving Audi some time out front in GTD, nearly a full minute ahead of Colin Braun in the CORE Autosport Porsche before a flat tire at the end of very end of the hour. It's now Braun in control with the No. 93 Michael Shank Racing Acura third.

Prototype Challenge is currently led by James French in the No. 38 Performance Tech ORECA, despite losing two laps during a spin at the start of the hour.