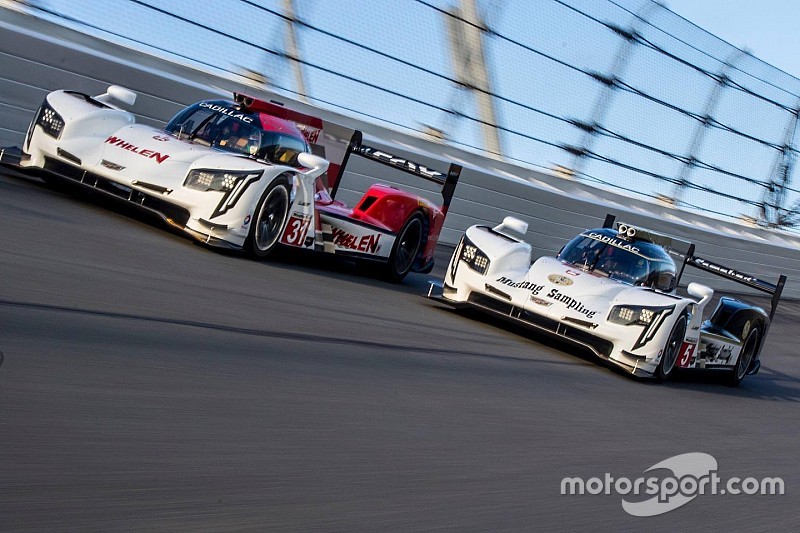 Action Express scored an impressive 1-2 on the grid with their pair of Cadillac DPi-V.Rs, but WEC champion Neel Jani took a brilliant third in Rebellion Racing’s Oreca-Gibson.

Two-time series champion Joao Barbosa earned his first pole position for over two years, as he wound the AXR Cadillac around the 3.56-mile Daytona road course in just 1min36.903sec on his sixth and final lap in the Prototypes’ 15min segment.

That was just enough to break up the Cadillac trio, as Wayne Taylor Racing’s Ricky Taylor scored fourth on the grid.

WTR’s Caddy was almost half a second clear of the Patron ESM Racing Nissan Onroaks DPis, Brendon Hartley 0.6sec ahead of Ryan Dalziel.

Stephen Simpson was seventh in the JDC-Miller Motorsports Oreca, with Tom Kimber-Smith eighth in the Ligier of PR1/Mathiasen Motorsports.

The two Mazda DPis of Jonathan Bomarito and Joel Miller completed the top 10, three seconds off pole-winning time, while Marc Goossens was the final qualifier in VisitFlorida Racing’s Multimatic Riley.

Loic Duval, who shunted the DragonSpeed Oreca in practice, did not make it to pitlane for a qualifying run.

James French prevailed to grab Prototype Challenge pole for what will probably prove to be the last time PC cars are seen in the Rolex 24 Hours.

French threw the Performance Tech Motorsports Oreca around the course in 1min42.559sec to decimate his nearest opponent by over eight tenths of a second.