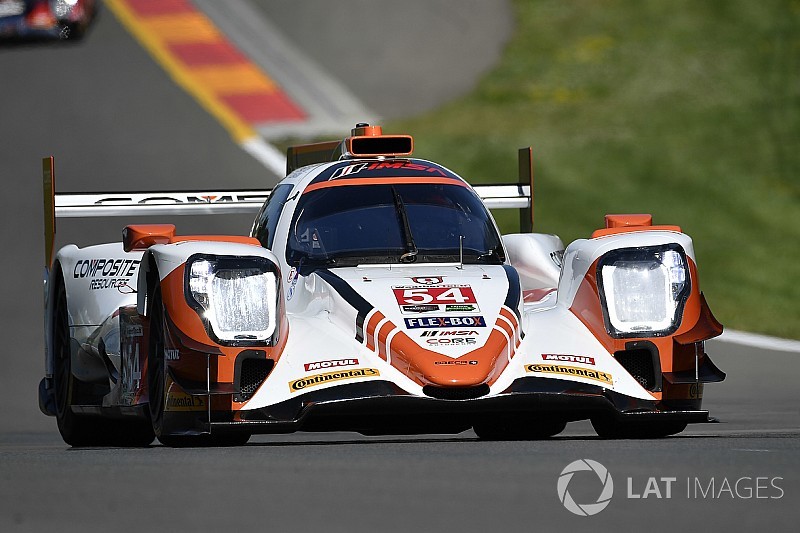 Colin Braun began IMSA practice at Canadian Tire Motorsports Park where he left off in qualifying at Watkins Glen last weekend by setting an impressive fastest time in FP1.

In clear but windy conditions, Braun – who shares his CORE autosport-run Oreca LMP2 with Jon Bennett – set the early pace around the fearsome Canadian road course at 1m08.693s, before lowering the fastest time with 1m07.475s and 1m07.155s efforts.

His quickest lap was 0.916s faster than the first of the Penske-run Acura DPis of Dane Cameron, who circulated in 1m08.071s. Filipe Albuquerque was third fastest in the leading Cadillac, the #5 Action Express car he shares with Christian Fittipaldi, on 1m08.088s.

Jonathan Bomarito was a late improver in the #55 Mazda DPi on 1m08.152s, jumping to fourth at the expense of Felipe Nasr in the #31 Action Express Caddy, and beating his 1m08.254s.

The second Acura of Ricky Taylor/Helio Castroneves was sixth fastest in Taylor’s hands. The Watkins Glen-winning JDC-Miller car of Stephen Simpson and Misha Goikhberg was only seventh fastest, 1.4s off the pace.

The Chevrolet Corvettes were next up, a couple of tenths down on the Porsche pace, with Jan Magnussen heading Oliver Gavin by less than a tenth.

Chip Ganassi Racing's pair of Ford GTs were fifth and sixth, Dirk Muller ahead of Richard Westbrook, with the BMWs slowest in the class.

Bill Auberlen was fastest in GTD on 1m16.848s in his Turner Motorsport BMW M6, but only by a fraction of a second from Jack Hawksworth’s Lexus. Jeff Segal was third fastest in the #63 Scuderia Corsa Ferrari 488.