CTMP notes: DeltaWing, Mazda Prototype have a good day at the races – finally 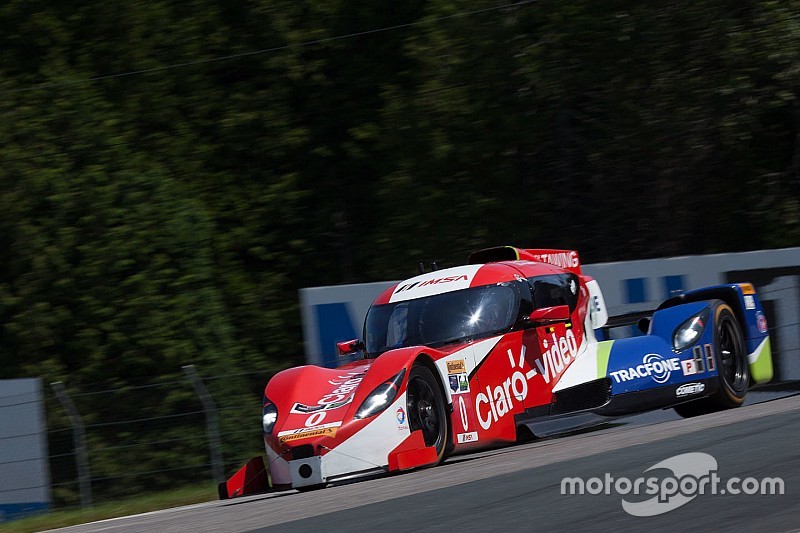 Borrowed Corvette will be returned to Larbre Competition on Friday.

The Claro/TracFone DeltaWing and the diesel-powered Mazda Motorsports car both finished the two-hour, 30-minute race with no major problems. Katherine Legge and Memo Rojas brought the DeltaWing home in ninth overall in the 23-car field, and the Mazda finished seventh with Tom Long and Joel Miller sharing the driving duties.

Both cars have suffered teething problems, so it had to be good to make it to the checkered flag with no major issues. The next time we see the Mazda it may have a gasoline engine instead of a diesel – Mazda Motorsports director John Doonan heads to Japan on Monday to get a ruling.

The gasoline engine is essentially the same one the company ran with success in the Prototype 1 class in the final couple of years in the American Le Mans Series. The SpeedSource team has had trouble getting reliable power out of the small turbocharged diesel, which Mazda settled on to promote the diesel-powered Mazda 6 that was America-bound. That engine still isn’t here in a production vehicle, and likely Mazda is questioning whether they need to keep running a diesel when the company doesn’t sell one in America.

CORVETTE SUB: The No. 3 Chevrolet Corvette C7.R that took third place in the GT Le Mans class today is the borrowed chassis the Corvette Racing team received from the idle European race team Larbre Competition, acquired after driver Jan Magnussen crashed the original No. 3 hard in practice for the 24 Hours of Le Mans.

This car heads back to Europe next Friday, and the repaired car will return at the Continental Tire Road Race Showcase at Road America in Wisconsin August 7-9. While the TUDOR United SportsCar Championship is back in action at Lime Rock Park in Connecticut July 24-25, the GT Le Mans and the Prototype classes will have the weekend off, as the Prototype Challenge and GT Daytona classes will be the headliners.

GUT IT OUT: Just prior to the start, the No. 8 Starworks Prototype Challenge team was looking for a driver to replace Mirco Schultis, who was too sick to race. But he raced anyway – for more than an hour – before turning the car over to co-driver Renger van der Zande. The car suffered problems and ended up 27 laps down, in 22nd place.

SCARY: One of the most frightening crashes of the weekend happened in the very last race when Beth Chryst slapped the wall hard on the driver’s side in the second Mazda MX-5 Cup race. She was shaken but uninjured.

ATHERTON IN MEXICO: It was “an honor,” said IMSA President Scott Atherton, to be asked to speak at last week’s third annual FIA MotorEx Mexico, a global convention of motorsports executives and companies. It was the first time the expo has been held outside Europe, and it returns to Europe next year.

Atherton told the attendees about IMSA and the TUDOR United SportsCar Championship, and with much of the audience from foreign countries at times it looked like the United Nations, with many of them listening to translations through headphones. “I think 92 countries were represented,” Atherton said.

Then he was asked questions about IMSA’s race policies and procedures, such as: “How do you open the grid to fans a half-hour before the race? Do the people leave when you tell them to?” It was, Atherton said, an enlightening exchange of ideas “about how we do things there, and we do things here.”