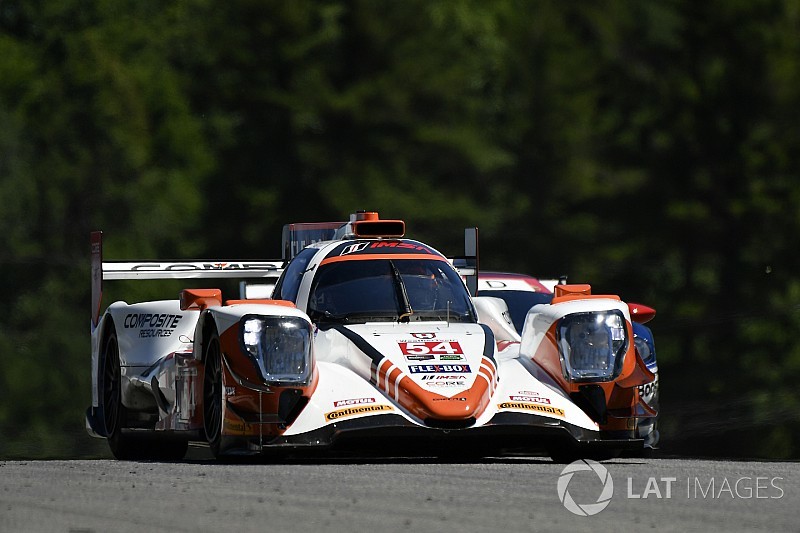 Colin Braun continued his personal domination of Canadian Tire Motorsports Park in final practice for the IMSA WeatherTech Championship, which was shortened due to a crash by a GTD class car.

Following a lengthy red flag, and having languished in eighth for much of the session, Braun leapt to the top of the charts with eight minutes to go in his CORE autosport-run Oreca LMP2 with a laptime of 1m07.165s, which he followed up with an even quicker 1m06.712s.

That gave him the trifecta of fastest times in each of the practice sessions this weekend.

Braun’s speed put him 0.314s clear of Dane Cameron’s #6 Acura, which lapped in 1m07.052s. Cameron’s teammate Juan Pablo Montoya had to park for the first five minutes of the session due to an altercation with another car on Friday.

Early pacesetter Felipe Nasr, who set an original benchmark of 1m07.534s, then lowered that to 1m07.336s in the #31 Action Express Cadillac DPi, ended the session third. Jonathan Bomarito lapped his #55 Mazda just 0.089s off Nasr’s pace in fourth.

Filipe Albuquerque was fifth quickest in the #5 AXR Caddy, ahead of Ryan Dalziel in the sole ESM Nissan.

In GTD Jack Hawksworth’s Lexus set the pace on 1m15.546s, ahead of teammate Dominik Baumann and Wolf Henzler’s Porsche.

The red flag was required when John Potter went off at Turn 5 and buried his #44 Magnus Racing Audi in the tire wall.