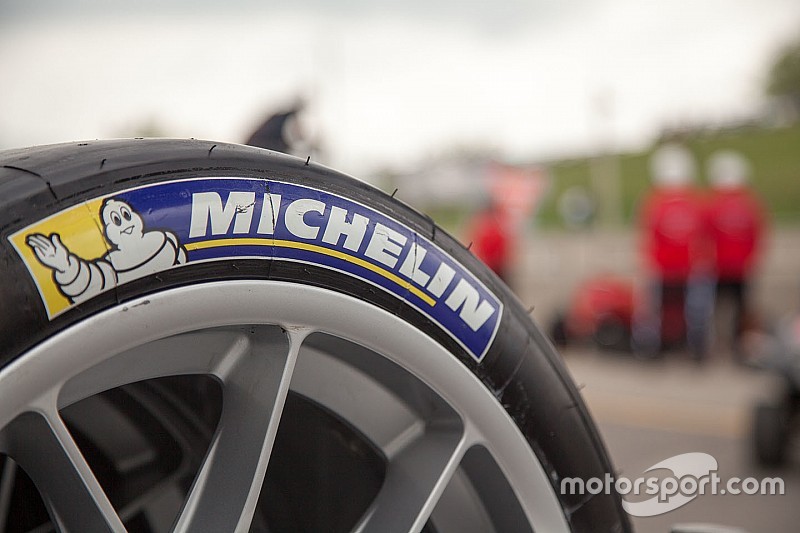 WATKINS GLEN, N.Y. -- According to tire manufacturer Michelin, if there are prolonged rains at the Sahlen’s Six Hours of The Glen today, the TUDOR United SportsCar Championship field could be crowded at the front.

And as the cars take the green flag, it is indeed raining here.

Typically, the GT Le Mans cars are considerably slower than the Prototypes, but judging from comparisons of Prototypes and GTLM cars shod with dry- and wet-weather Michelins, there is much less drop-off in the rain for the GT cars than the Prototypes.

Track conditions were sunny and dry for Friday’s pair of TUDOR United Sports Car Championship practice sessions which saw a gap of six seconds per lap (1 minute 38 seconds vs. 1 minute 44 seconds) from the Prototype entries led by the Michael Shank Racing Honda HPD Ligier, which has led every session, to the production-based GTLM frontrunners.

The IMSA timing reports on Saturday showed the Prototypes turned laps in wet conditions that were 20 seconds slower than in the dry conditions. By comparison, the factory-linked Michelin GTLM technical partner teams from Porsche North America, Corvette Racing, BMW Team RLL, and Risi Competizione were just 15 -16 seconds off their dry track times.

Michelin teams utilize an "innovative wet tire design that minimizes hydroplaning while maximizing the amount of rubber in contact with the track," said the company.

The Michelin technical partner GTLM teams will also have the option of a unque Michelin “cool damp/drying track” solution, a slick tire optimized to deliver performance during damp or drying track conditions without being equipped with traditional grooves or sipes.

The latest race versions of the damp/dry slick tire have been used with considerable success in the FIA World Endurance Championship. Depending upon track conditions and team strategies, they could make their first appearance in TUDOR Championship competition here. Some elements of the damp/drying slick are already used in some Michelin consumer tires.

“Our focus is on providing our technical partner teams with the best possible performance and on developing future tires based upon what we learn in competition,” said Baker. “GTLM is the only class in the TUDOR Championship offering open tire competition and these types of technologies are very relevant in developing future tires for real world consumers and families.”

While the Prototype cars enjoy a significant aerodynamic and braking advantage, history indicates that in longer races, such as today’s Sahlen’s Six Hour of The Glen, GT cars can be highly competitive. Through the years, Corvette, Viper and Porsche have all claimed overall victories in The Rolex 24 At Daytona.