Corvette Racing pair Antonio Garcia and Jordan Taylor have been declared champions in the IMSA WeatherTech SportsCar Championship's GT Le Mans class after a post-race penalty for the sister car at Laguna Seca. 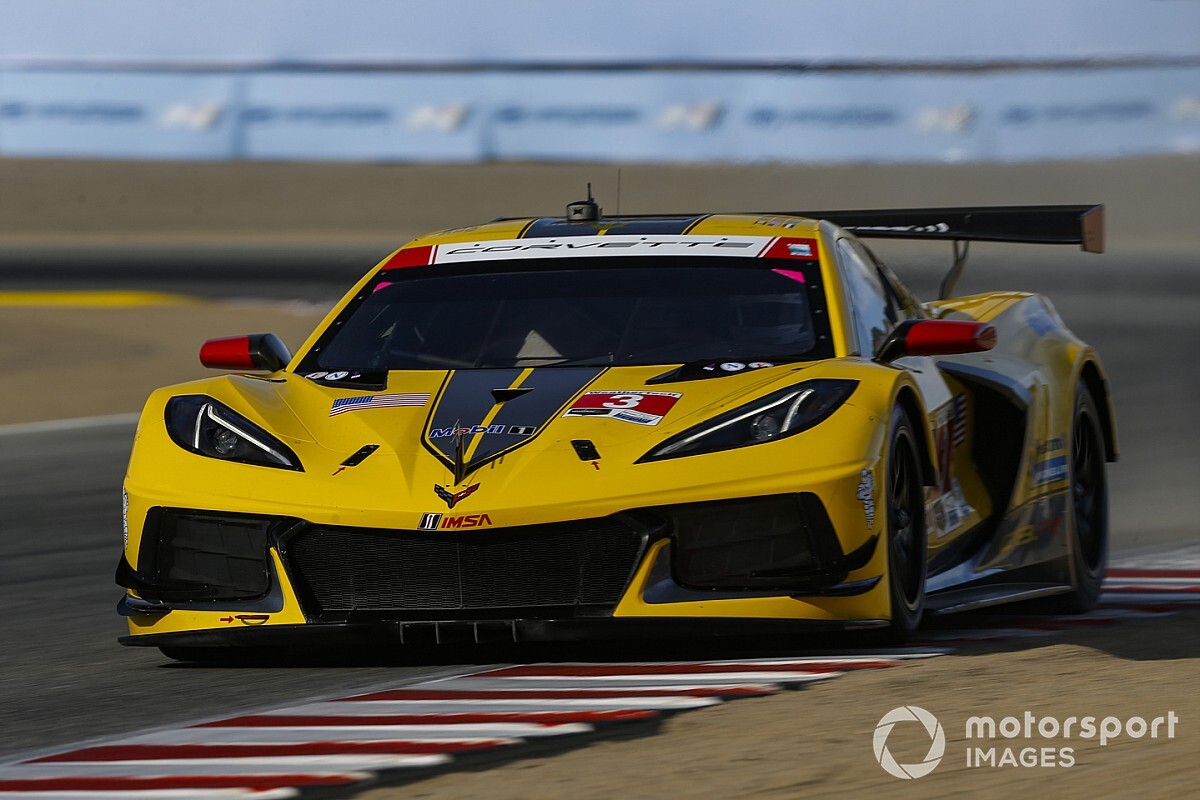 Garcia and Taylor finished second in class in Sunday's penultimate round of the season behind the #912 Porsche of Earl Bamber and Laurens Vanthoor.

Their closest rivals heading into the Laguna Seca weekend had been Corvette stablemates Tommy Milner and Oliver Gavin in the #4 C8.R, who had kept their title hopes alive - at least theoretically - by finishing fourth at the Californian track.

However, after the race IMSA announced that Milner and Gavin would be moved to the rear of the GTLM field due to a height infraction on the rear diffuser of the #4 car.

It means Garcia and Taylor now have an unassailable 35-point lead at the head of the GTLM standings with just this month's Sebring 12 Hours remaining.

For Garcia, it marks a third GTLM title in the past four years, having won back-to-back crowns in 2017-18 with Jan Magnussen, while Taylor adds a first crown in IMSA's GT ranks after claiming the Prototype title with brother Ricky back in 2017.

Heading into the Laguna Seca weekend, Garcia and Taylor had won five out of nine races, and Sunday's race marked their third second-place finish of the year, meaning they have only failed to finish on the podium twice in 10 attempts.

Milner and Gavin picked up a single victory in the July Sebring round, while rival manufacturers BMW and Porsche have picked up two wins apiece.

Corvette can claim the manufacturers' title at Sebring if one of its two C8.Rs starts.