The introduction of the LMP3 cars in the IMSA WeatherTech SportsCar Championship has created a whole new dynamic for GTLM competitors in the Rolex 24 Hours, as the two classes appear to have similar pace around Daytona’s 3.56-mile road course.

The fastest LMP3 car in the qualifying session for tomorrow’s Roar Before The 24 was half a second clear of the GTLM pole-winning time but no other LMP3 entries eclipsed all the GTLM cars. And with LMP3 driver line-ups being a blend of professionals and amateur drivers, the two classes are expected to interact throughout the 100-minute race tomorrow and next week’s Rolex 24.

Tandy, who shares the #4 Corvette C8.R fulltime with Tommy Milner but will tomorrow compete alongside the car’s Michelin Endurance Cup driver Alexander Sims, said: “For a start, it is noticeable that there are more cars on the track than last year, which is great for the race and the spectacle.

“Now with LMP3, it's quite interesting because currently it looks like on a lap time they are similar to GTLM. Also, the way they make their lap is very similar, with similar straight-line and cornering speeds.

“The interaction between GTLM and LMP3 - with the pro drivers especially - is something new and something we all will have to deal with and co-integrate on the track together. It hasn't been easy to get clear laps for all cars in all classes.

“It's difficult but it's the same for everyone. The good thing is we have the qualifying race Sunday. It's not the 24 Hours but it's going to be groups of cars probably within the same classes interacting together. We'll have a much better idea of things after tomorrow afternoon.”

Defending IMSA GTLM champion Taylor, whose fulltime partner is Antonio Garcia but who will share the #3 Corvette tomorrow with Nicky Catsburg, said: “I think the name of the game this week is just to learn as much as we can and come away with a car fully intact for the Rolex.

“Traffic will be a big part of that and avoiding those issues. We’re going to have to be very careful to not get caught up in other people’s races."

Sims led Corvette Racing’s effort in qualifying Saturday, although his best was 0.65sec off Marco Wittmann’s pole-winning time for BMW.

He said: “Qualifying went fairly OK. There was the red flag and some spitting rain, which made it difficult to judge the grip levels. Considering the situation, it all went OK.

“The primary focus has been about getting a few more laps with practice sessions being a little hit or miss for us. It was nice to get a run of five or six laps in relatively clear air and understanding the Corvette here at Daytona.

“We'll look forward to night practice tonight and tomorrow's race to continue gathering experience and laps ahead of the Rolex 24.”

Taylor was similarly encouraged, stating that the #3 crew had “used [qualifying] as another practice session to try some development items.

“I think we found some good things that are going to help us tomorrow for the qualifying race but more importantly for when we get back here next week.” 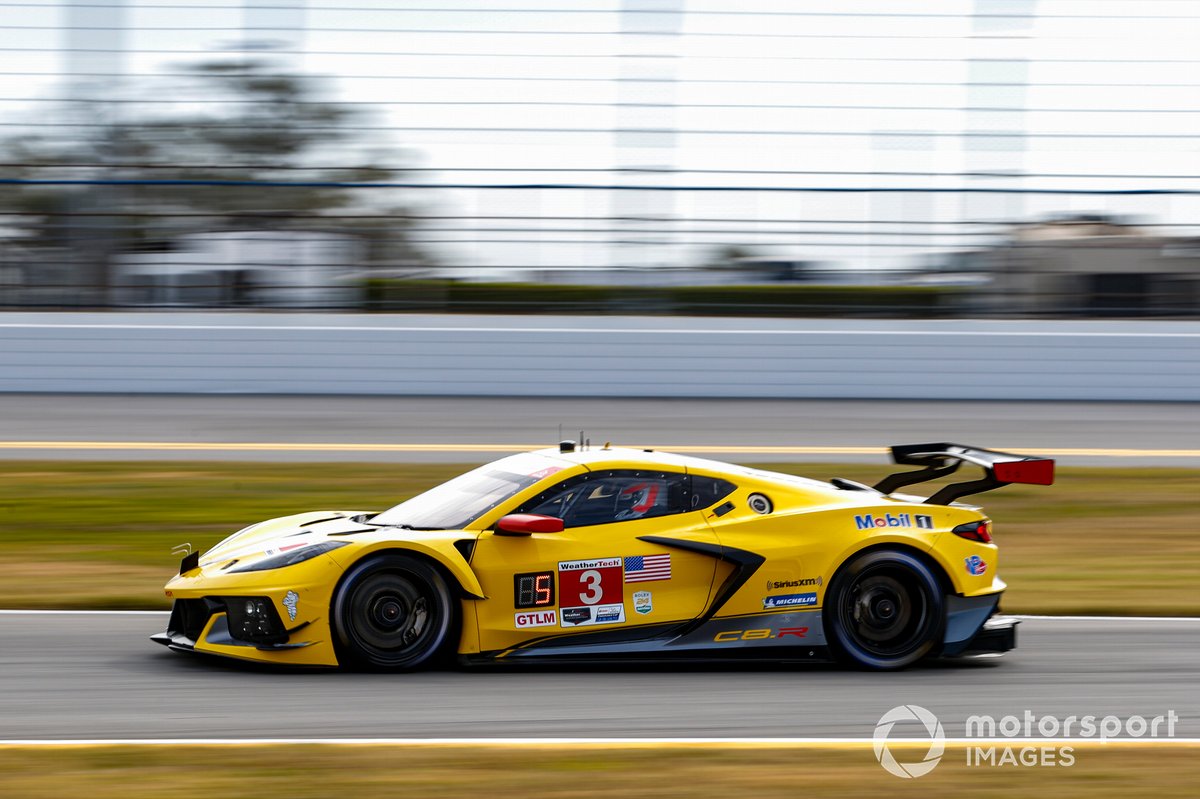